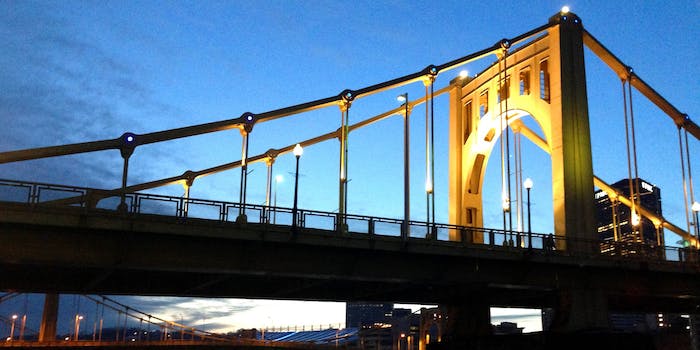 It started as a simple conversation. Then it spiraled out of control.

If you want to know what can go wrong when police rely on equipment such as Tasers and pepper spray to combat petty crimes, look no further than the case of Bruce Kelley Jr.

Around 3:30pm on Jan, 31 this year, Bruce Kelley Jr. and his dad, Bruce Kelley Sr., both African-American, were drinking canned beer near a public gazebo in Wilkinsburg, a small borough on the City of Pittsburgh’s eastern border. Two police officers showed up, apparently on a routine patrol, and approached the two men to ask what they were doing.

Drinking in public is illegal in Pennsylvania, and Kelly Jr., who was 37 years old, had a history of bad interactions with police. Between 1997 and this year, he’d been convicted of charges in a handful of cases involving crimes such as retail theft, marijuana possession, driving under the influence, and criminal trespassing. In January, he was on probation after serving time for a burglary charge; an arrest of any kind would’ve sent him back to lockup. So instead of standing still and talking calmly with the approaching officers, Kelley Jr. said, “Fuck this! I’m not going, I’m not going!” according to the officers.

The officers were in a predicament. From all indications, they didn’t know anything about Kelley Jr.—he could’ve been a serial killer for all they knew—and this was now a person who was actively evading a conversation after being observed committing a crime. The officers needed to talk with this guy.

But here’s what transpired after that: One of the officers ended up-engaged in a physical fight with Kelly Jr., who soon got away and bear hugged a nearby light pole to avoid getting dragged into a squad car. His dad tried to intervene but was pepper sprayed and arrested. The officers weren’t able to wrestle Kelley Jr. away from the pole, so they used pepper spray on him repeatedly. That didn’t work to subdue him. Kelley Jr. then let go of the pole and continued to walk away. More pepper spray. At this point, Kelley Jr. showed a knife. So the officers tried a Taser on him. That also didn’t work. Then, backup arrived with a K-9 unit—a police sergeant and his canine partner.

Soon thereafter, a surveillance camera finally began to capture the scene, which showed Kelley Jr. walking away from a swarm of police officers—maybe 10 in total. They tried to deploy a Taser an estimated five times on Kelley Jr., to no effect. So they brought out the K-9, named Aren. Despite Kelley Jr. telling the officers that he would “kill that fucking dog,” an officer gave Aren the command to attack Kelley Jr. When Kelley Jr. stabbed the dog—just like he said he would — two officers on scene fired 11 shots at the man, hitting him seven times. Kelley Jr. died before medical personnel arrived. Aren died on the way to receive treatment.

For months, an investigation has been ongoing into the officers’ use of deadly force. Last week, Allegheny County District Attorney Stephen Zappala released a report on the case. It concluded that the officers who shot Kelley Jr. “were justified in the use of deadly force under all the attendant circumstances.”

I imagine Zappala had his hands tied here; it would be difficult to imagine a way for any elected official to bring charges against officers who responded forcefully to Kelley Jr.’s uncooperative actions. But as a thought experiment, give some consideration to how badly bungled this situation ended up being. The impetus for the arrest was, after all, public drinking—not a crime that should require a throng of police officers to contend with. And since the officers on scene were completely ineffective in reasoning with Kelley Jr., they were forced to try a bevy of so-called non-lethal police equipment—and deploy a K-9—all to little effect, before firing their weapons.

It’s problematic, of course, to make sweeping generalizations about policing based on one incident, but this one feels like a representation of everything that needs rethinking in law enforcement: It involved over-criminalizing a petty infraction; failed deescalation; ultimately no charges for anyone; and no changes to training procedures, or policing policies.

Zappala looked at whether the officers were justified in shooting Kelley Jr. At what point are officers justified in walking away from a situation like this? It’s not expected, for example, that officers will pursue every high speed car chase; many jurisdictions have strict rules about when car chases should occur, and the National Institute of Justice has even weighed in to suggest restraint is a good idea in many car chase scenarios. In Kelley Jr.’s case, his father was placed into custody shortly after the altercation began, after all, so it’s not like officers were without recourse to get Kelley Jr.’s information, or possible places where he might’ve fled to, after they might’ve let him go.

What’s more, it’s difficult to imagine the situation escalating to the point it did if the officers hadn’t shot Kelley Jr. five times with a Taser; if they hadn’t soaked him repeatedly with pepper spray; and if they hadn’t called for a horde of officers to ensure one guy didn’t get drunk in public. In 2015 alone, law enforcement agencies spent nearly $38 million on Tasers, according to data gathered by SmartProcure. One wonders how frequently they’re deployed in cases like Kelley Jr.’s. Equipment such as Tasers and pepper spray and other bullet alternatives are designed to make police encounters less violent and deadly, yet Kelley Jr.’s case shows that they can just as easily lead to escalating violence because the stakes for using them are lower: They’re called “non-lethal” and “less-lethal” for a reason, but even so-called safer weapons can cause chaos when they’re used without restraint.

I wasn’t on scene when Kelley Jr. was killed, and I’m obviously Monday morning quarterbacking here. But this case seems to show that officers failed to think about where the situation was headed before they went after Kelley Jr. with everything they had. They escalated and escalated and escalated. And that escalation resulted in the deaths of both a person and a trained canine—a trusted and loyal member of any police force.

What makes me most concerned is that this case will likely be forgotten—and that cases like this will happen again and again. It’s as if none of the controversial police-involved deaths of the last two years—Michael Brown in Ferguson, Freddie Gray in Baltimore, Walter Scott in North Charleston, Eric Harris in Tulsa, and others—haven’t happened at all. It’s as if none of the hand-wringing about policies and use of force have brought national attention to policing issues. Really, it’s as if nothing has changed. And if cases like this one continue to get pushed aside and forgotten, then one more thing seems abundantly clear: Nothing will.