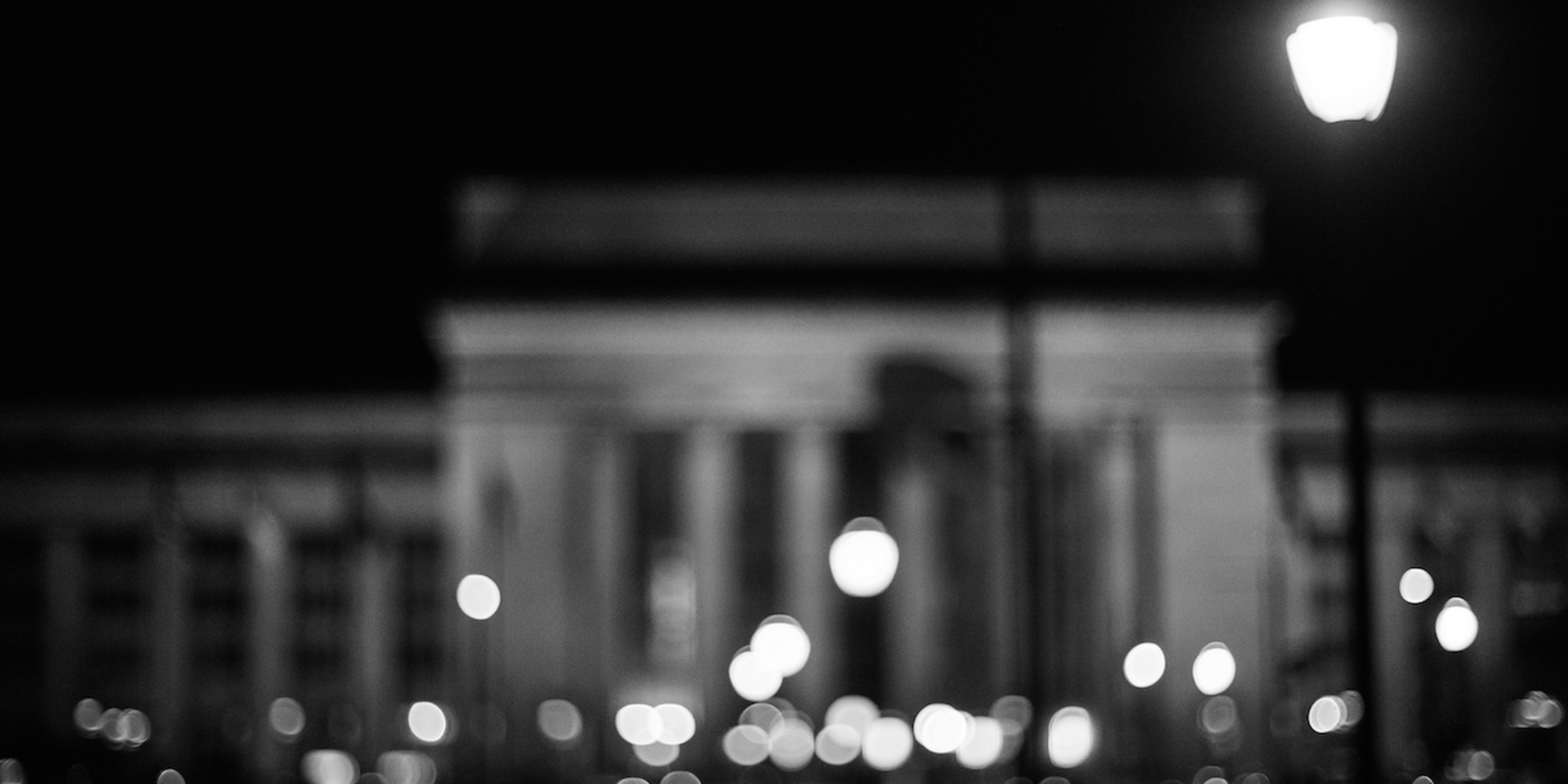 Philadelphia citizens clashed with police officers on Thursday during a rally in solidarity with protests taking place in Baltimore over the death of Freddie Gray.

Hundreds of people gathered at City Hall in the late afternoon, many chanting “black lives matter,” the name of a nationwide movement with the goal of drawing attention to incidents of police brutality resulting in the deaths of black Americans. The demonstration was observed by several dozen uniformed police officers.

About an hour later, the demonstrators rallied at the Federal Bureau of Prisons on Chestnut Street. Once there, they blocked the doors of the building. Prisoners inside the building could be heard banging on the windows and flashing their lights. A reporter with the Philly Inquirer tweeted a photograph of the protesters waving at inmates who were pressing their faces and hands against the windows on the upper floors of the building.

"We are one!" crowd chants. Hands banging on slit windows in upper floors of prison building. Blurry faces. A fist raised

Lights flashing from inside the prison building. Loud cheers. "You are not alone," crowd yells. https://t.co/upHbjR3LG6

A crowd eventually gathered at a statue of Frank Rizzo, a former police commissioner and mayor of Philadelphia from 1972 to 1980. Several demonstrators flipped off the police standing nearby. According to an observer on Twitter, one of the officers, seen smiling in a photograph, had been “taunting” the protest. Shortly after, someone spray-painted “FTP” on the back of the Rizzo statue, an abbreviation which generally means “fuck the police.”

"Get free or die trying." pic.twitter.com/XlkqEdZSuZ

The Baltimore Police Department concluded their investigation into Gray’s death on Thursday. The report, which was delivered to the state attorney’s office, was not released to the public. Information about Gray’s autopsy was leaked to a local news outlet, however. The medical examiner’s office reportedly determined that Gray was killed because of injuries he sustained while in the back of a police transport vehicle, and not during his arrest.

Medical experts previously stated that the catastrophic injury sustained by Gray would have required a substantial amount of force and injury. It’s unknown at this time whether the officers who arrested Gray, or the officer who drove the van he was reportedly injured in, will face criminal charges in connection to his death.