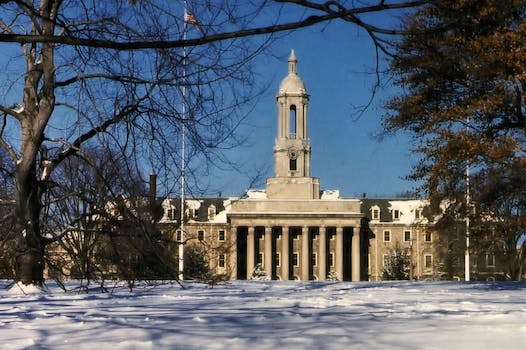 Things not to do on Twitter: defend a guy associated with child sex abuse.

In a series of tweets regarding a Saturday event at Penn State commemorating Paterno’s first game, Steve Manuel said that people who believe Joe did something wrong will “always believe it” and urged his followers to “forget them.”

“Paterno arguably did more for Penn State than any other coach at any other school in history. Yet he is vilified by some, who know nothing,” Manuel wrote before deleting the tweet. In a second now-deleted tweet before deleting his account, he said “I respect every one of your opinions, but their emotional, baseless and without facts. No rational person supports child rape.” The word “they’re” was misspelled in the original tweet.

While Manuel’s Twitter is now gone, the angry replies to his tweets from those who read them are still very much intact.

wow! What an unprofessional statement, you need a break from state college

Only the cult of Penn State thinks at-risk children are acceptable fodder for sexual abuse, the rest of the world doesn't.

Paterno was fired in 2011 after former defensive coordinator Jerry Sandusky was indicted on 40 counts of sexually abusing eight boys.