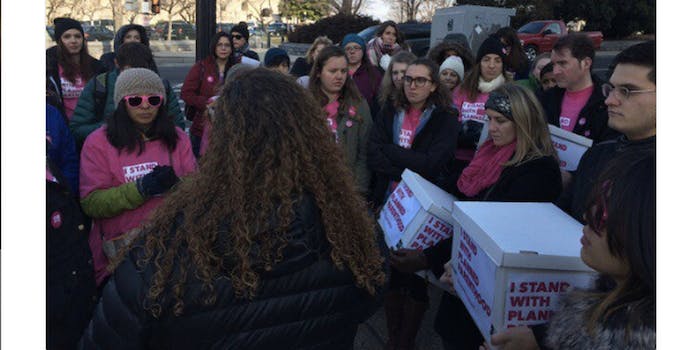 The office allegedly sent security guards, then was 'conveniently closed.'

A day after House Speaker Paul Ryan promised the House would vote to defund Planned Parenthood, the women’s health organization delivered 87,000 #IStandWithPP petitions to his office, urging him not to do so.

We just went to @SpeakerRyan's office to deliver 86,739 #IStandWithPP petitions from folks telling him not to defund Planned Parenthood… pic.twitter.com/EhzzDKzrZb

Eventually, Rep. Gwen Moore (D-Wisconsin) opened up her office doors to allow the petitions to be delivered.

Petitioning the government is a First Amendment right. The White House clearly states, “If you gather 100,000 signature in 30 days, we’ll review your petition, make sure it gets in front of the appropriate policy experts, and issue an official response.”