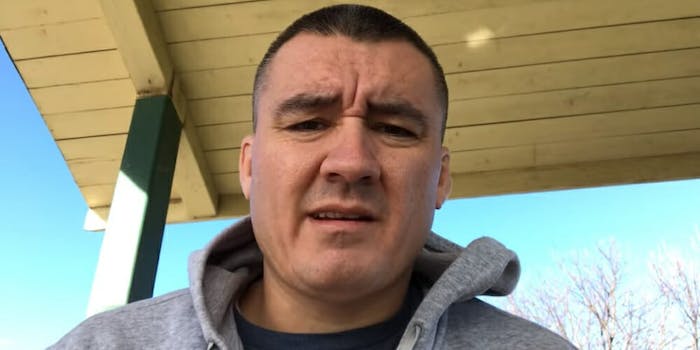 Strangely, none of those sins are spreading hate and wishing death on LGTBQ people.

Pastor Donnie Romero made headlines in 2016 when he celebrated the Pulse shooting that left 49 people dead at an LGBTQ-themed night. Now, he’s resigning from his position, citing his many, many sins—though he somehow left off “wishing death on others”—in a YouTube video.

Most people remember the Pulse shooting as a disturbing and tragic event, as well as the second largest terrorist attack and mass shooting in U.S. history. On June 12, 2016, gunman Omar Mateen entered the nightclub and opened fire, injuring 53 on top of the 49 dead. After hours of hostage negotiations, Mateen was shot and killed by police.

While much of the country grieved the horrific tragedy, certain people felt this was an appropriate time to spread homophobia and hate. Pastor Romero of the Stedfast Baptist Church in Fort Worth, Texas, was one of those people, railing against the victims and praising the shooter in a sermon that was posted on YouTube, and later removed for violating its hate speech policy. In the video, Romero called the victims, “sodomites, perverts, and pedophiles” and said, “they are the scum of the earth and the earth is a little better place now.” He also remarked that he hoped God would “finish the job that that man started,” referring to the people who were injured but not killed.

The pastor went on to defend his hate speech on Fox News, saying, “The Bible teaches that they are predators,” and, “I don’t think it’s something we should all mourn over because they are all evil people.”

Despite claiming to be an expert on biblical morals in 2016, Romero recently uploaded a YouTube video in which he explained his resignation from his church, citing his many sins. “I committed adultery on my wife multiple times,” said Romero. “I drank and gambled multiple times, and I even smoked weed.”

In 2014 Romero said that LGBTQ people should be put to death for their sins. It appears that his stance on the punishment for adultery, specifically prohibited by the Ten Commandments, is a little bit softer.