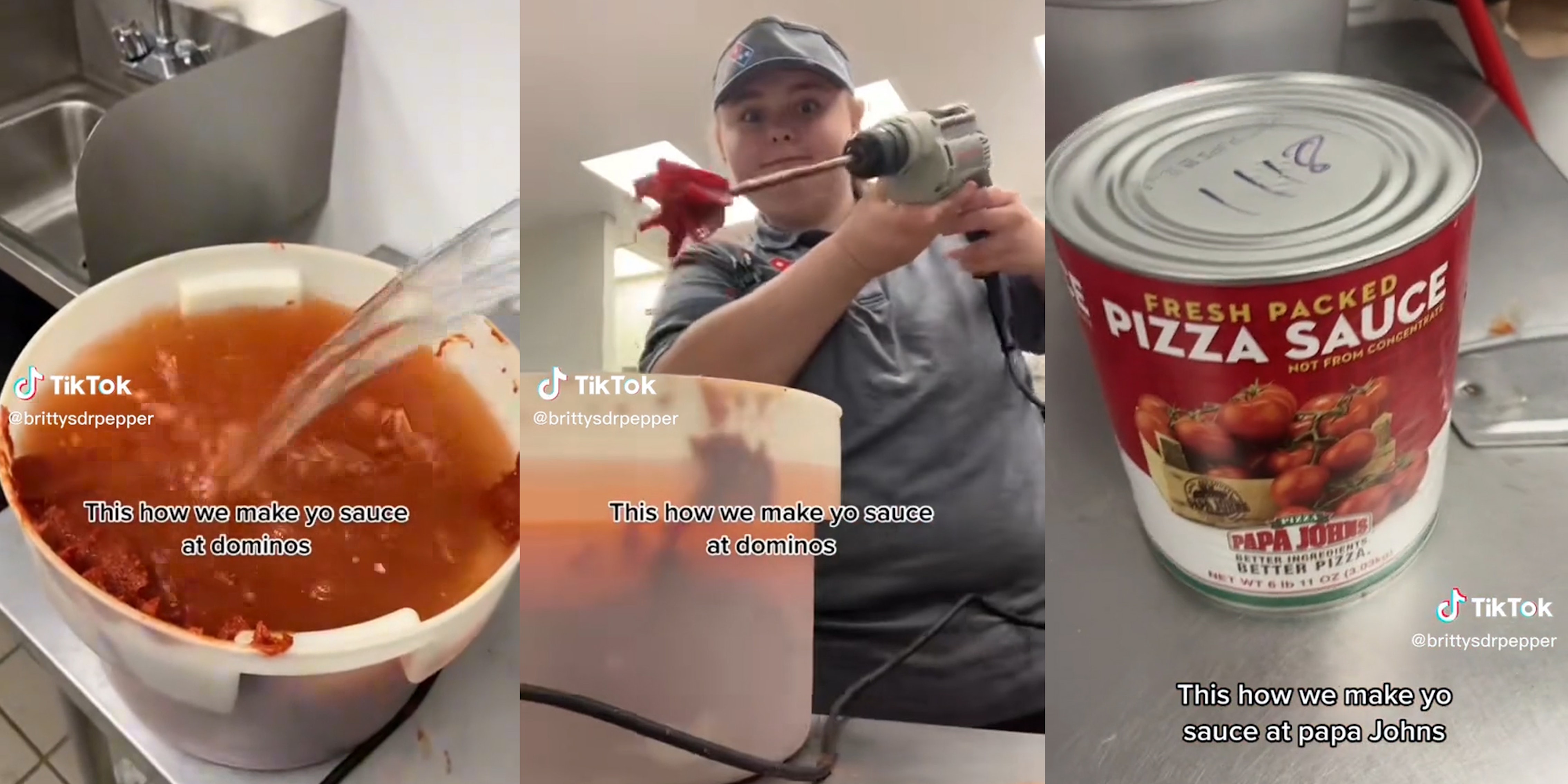 'Imma still stick with Domino's tho.'

Recently, a video from a Domino’s worker went viral and caused controversy after showing how the restaurant chain makes its pizza sauce.

According to TikTok user Grace (@user81t0uf64wb), the restaurant uses prepackaged ingredients that come in a bag and must be mixed with water. Grace does this using a drill.

The video currently has over 5.9 million views.

This video inspired another user from a different fast-food pizza chain to share the company’s own sauce creation methods.

In a video with over 13.6 million views, TikToker Britty (@brittysdrpepper) shows how Papa Johns makes its sauce. Spoiler alert: it comes pre-made in a can, with all ingredients listed on the side. Britty also boasts the sauce is “not from concentrate.”

In the comments section, some users took this as a sign that Papa Johns had higher quality sauce than Domino’s.

“When the pizzas are actually fresh Papa John’s is the best,” added another.

“Papa Johns is the superior pizza place,” stated a third.

However, some said that both methods of sauce creation effectively produced the same product.

“That sauce is literally the same thing just pre mixed so it’s not just straight up tomato paste also less salt to keep the sweetness of the tomato,” shared a user.

Other users noted that Domino’s supposed method of sauce creation is not uncommon.

“I work at Marco’s and we just add water then seasoning and then tomato sauce mix and thats it,” alleged a second.

The Daily Dot reached out to Domino’s and Papa Johns via email as well as to Grace and Britty via TikTok comment.