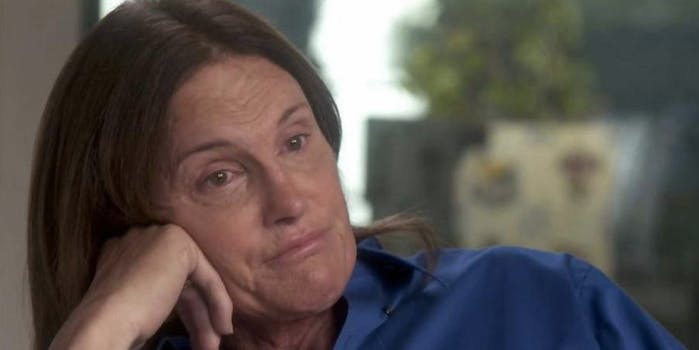 In his interview with Diane Sawyer, Jenner said he wanted to "be able to have my nail polish on long enough that it actually chips off."

Bruce Jenner, Olympic decathlete and honorary Kardashian, sat down with Diane Sawyer for an interview that aired on ABC Friday night about his journey coming out as transgender. People across the globe were touched by Jenner’s honesty and bravery, and a DJ at an Australian radio station has started a campaign for people to express their support for Jenner.

A picture of Kyle Sandilands, one on the hosts of KIIS 1065’s The Kyle & Jackie O Show, was posted on the Sydney-based station’s Twitter account, which shows his nails painted along with the hashtag #PaintYourNailsForBruce.

Others saw the rallying cry and decided to follow suit by painting their nails and sharing photos online.

#paintyournailsforbruce #kjshow showing my support for anyone who wants to be who they want to be ! pic.twitter.com/Svf1y7WbZU

Good to see @dhughesy getting behind Kyle's #PaintYourNailsForBruce cause! Love the pink and purple! Onya, Hughesy! #KIIS1065

The hashtag was inspired by Jenner’s confession during his interview with Sawyer that he wanted to “be able to have my nail polish on long enough that it actually chips off.”