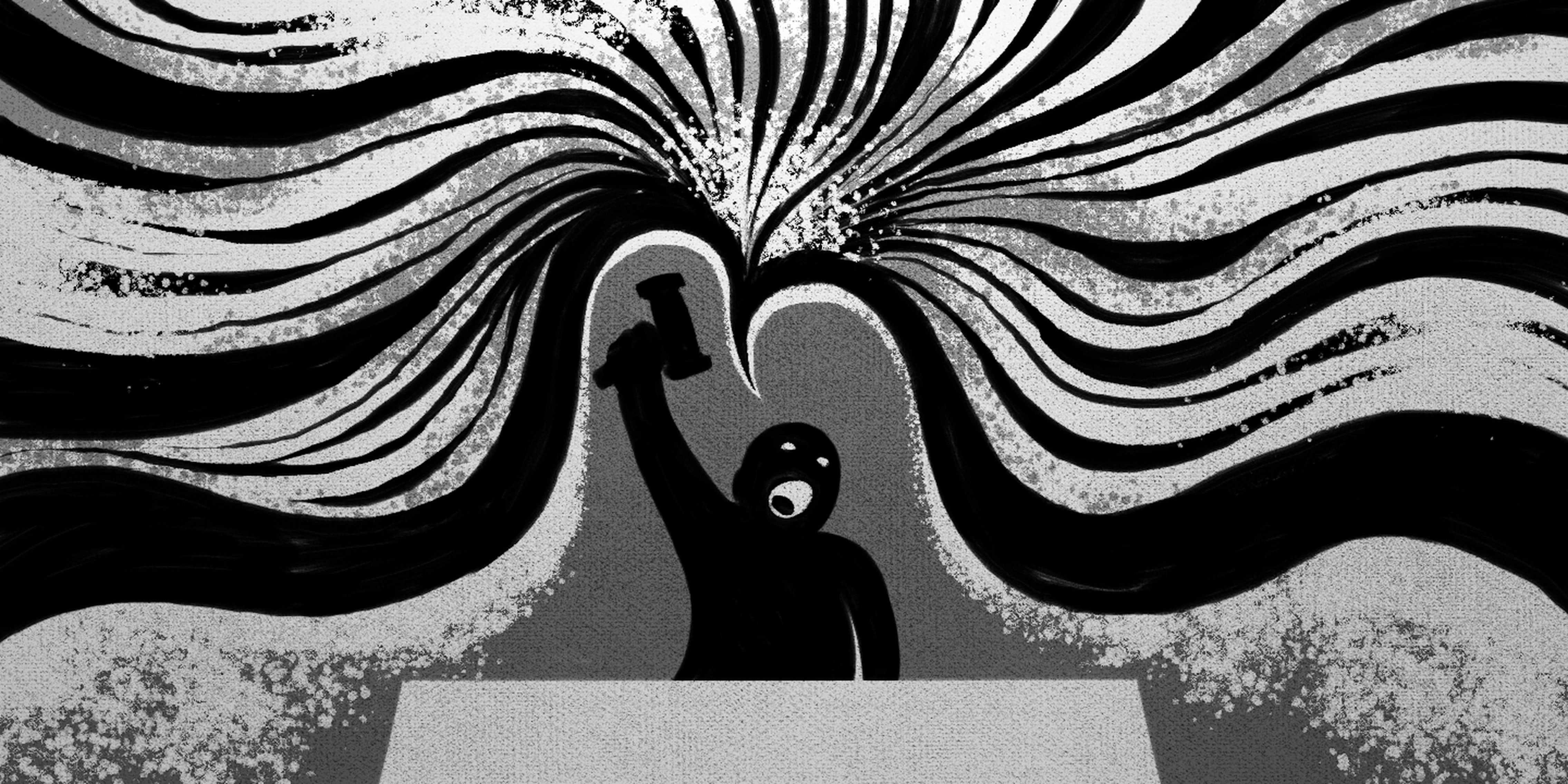 The endless cycle of bad news is causing a lot of stress.

We live in a culture of near-constant outrage, thanks to the Internet. You know the drill: Someone makes an offhand comment and suddenly every blog is publishing a diatribe about how unacceptable the remark was because “it’s 201X.” Writing and reading these articles can serve a greater good to society by calling out problematic ideas. But here’s something else to be outraged about: They may do more harm than good to our physical health.

Negative emotions, stress in particular, cause our bodies to break down over time. Research finds that dwelling on the endless cycle of bad news about the latest wars, terrorist attacks, and other tragedies can cause us to feel stress, leading our bodies to produce cortisol, the hormone behind the nasty effects of stress. If we’re constantly feeling stress—whether its from our families or the 2016 election cycle—slowly we will find that our immune system doesn’t work as well. This leads to a host of health problems.

Heidi Hanna, author of Stressaholic and CEO of the stress management group Synergy, told the Daily Dot she thinks we may even be hooked on stress. “I believe that outrage and becoming overly connected to bad news is an addiction based on the fact that most people are exhausted, lonely, or bored and looking for stimulation to help lift their mood and energy,” Hanna wrote in an email.

She explained that when we feel acute stress—the immediate reaction to something bad—our brain gets a little squirt of dopamine to turn our attention onto whatever is stressing us out. And that’s good in the short term—say, if you’re about to walk in front of a car while crossing the street. But with a constant barrage of work, bills, kids, and negative news, the sources of stress are hitting us from all angles. All that dopamine—the brain chemical associated with reward, pleasure, and addiction (among many other things)—may get us addicted to that stress, Hanna said. Since consuming more negative news is only as difficult as pulling out your smartphone or opening your laptop, it’s easy to get another “fix.”

Michelle Gielan, former CBS News anchor and author of the book Broadcasting Happiness agrees that Internet outrage culture may be causing us harm. She cited her own survey (conducted in collaboration with the Huffington Post) which found people who viewed three minutes of negative news were 27 percent more likely to report having a bad day six to eight hours later than people who viewed three minutes of solutions-focused news that concentrated on ways people overcome adversity.

“The web and social media can make us think that things are a bigger deal than they are,” Gielan told the Daily Dot in a phone interview. “It doesn’t make for an environment that I think can contribute to stress reduction and overall happiness.”

Gielan would like to see the news cycle shift toward promoting more solutions-focused news instead of just unflinching coverage of the negative events that happen over the globe. By seeing stories about people overcoming life’s challenges, she thinks it inspires us to feel a greater sense of control over our lives.

In a sense, media that make us feel outrage arguably does just that: By calling out a problem, they are pointing to a solution (even if the solution is just changing how we think). But Gielan was not convinced by the theory that awareness alone is leading to solutions and cited the ongoing debate about gun control to prevent mass shootings in the U.S. as an example. “It’s just noise,” she said. “It’s not furthering public discussion. It’s not fueling progress. It’s not educating people, it’s just a whole bunch of noise.”

The Huffington Post recently published a story on how the authorities in Austin, Texas, have gone to great lengths to prevent mass shootings. that story presented a solution, Gielan said.

The more time we spend focused on particular stressors in our life—whether it’s politics or a stressful situation at work or home—the more those sources of stress take over our life and become our world, these experts warn. The good news, however, is that if we refocus our energy, we can devote our attention to the things that really fuel us.