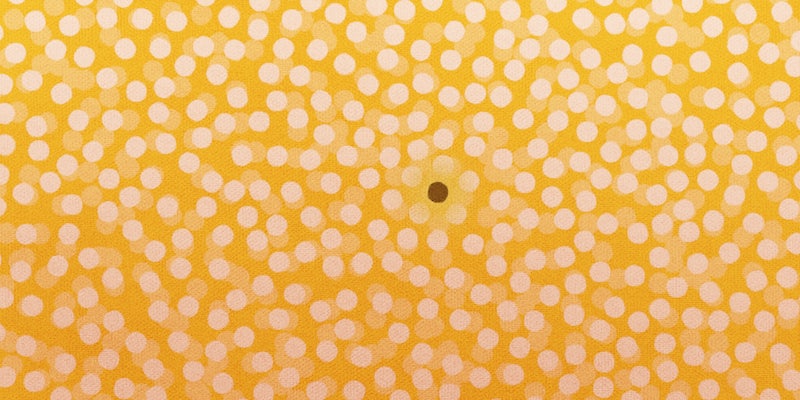 It wasn’t until making myself vulnerable to strangers that I realized just how different I am.

At any given time, there is no shortage of trend pieces to make us single women sweat. Dating is dead! There’s a man deficit! Blame Tinder! All I can think about when I see those headlines, though, is that dating was never alive for me in the first place.

Somehow, I’ve never really been able to put the “dating” in “online dating.” In the 10 years that I have had an online dating profile, I have only racked up a whopping three dates. I struggled to make friends in person, but (platonic) relationships formed quickly and easily through LiveJournal communities and AOL Instant messenger chat rooms. My success with making friends online does not translate to finding a romantic relationship online with the same ease.

In the beginning, I wondered why it was impossible to find someone who was looking for more than a casual quickie. Like many women, I asked myself, Am I too ugly? Or maybe I am just too weird? But the viral OKCupid blog post about messaging and race confirmed a nagging fear: as a black woman, I am at the bottom of the dating prospects barrel.

No one wants to think that their race—something completely out of their control—is a reason why they cannot achieve one of their goals. But I had to start considering the plausibility. I mean, I’ve tried it all. Free accounts. Paid accounts. Getting photos and profiles picked and edited by friends. Not expecting my best matches to come to me and messaging them first. Lowering, er, adjusting my standards. Becoming open to dating all races. Ten years gives you a lot of time to try different things.

While I have not figured out how to get a firm foot in the world of online dating, I have learned a few things during the past decade.

Having sex with a black woman is on the bucket list of more people than I thought.

Multiple men online have said they wanted to have sex with me because I’m black. Yet, perhaps guiltily aware of their own objectification, they always seem to make sure to use the softer, more romantic term “making love.”

Well, I am not interested in having sex or “making love” with someone who only sees me for the color of my skin. For some reason, a lot of people think that the amount of melanin I have would make a difference in their sexual experience. I never let anyone have the chance to figure out their jungle fever fantasy with me.

A lot of people see me as a black person, first and foremost.

I often see accusations that black people are always the ones who bring up race first in a conversation. In my experience online dating, the other person has always introduced the subject of race, especially when it has nothing to do with the present conversation.

I noticed that white men like to ask if I am interested in white guys—even when mutual interest is a mandatory prerequisite to exchange messages. We both swiped right on Tinder. We both said yes on Coffee Meets Bagel. We both pressed that check mark on Hinge. Then why are they asking me if I am interested in white guys when I obviously expressed interest in them? This is something that none of my white friends have experienced.

And worst of all: it’s nearly impossible for me to not take this personally.

You know how we’re told that when an issue repeats itself, we need to examine our own role as the the common denominator? I think about that often. There aren’t many things that I take more personally than romantic rejection. It’s hard to see this chronic rejection as anything but a reflection of how the world sees me and, subsequently, values me. And the selected messages I receive show that the world doesn’t see me as much more than a black sex toy.

The lack of desire for black women is not a uniquely online phenomenon. Technology has merely added a twofold effect: the boost of courage to speak one’s racist thoughts from behind a screen, and the ability for me to view and collect the words for later perusal.

When it comes to experiencing explicit racial bias, I had been fortunate for most of my life. I grew up in the racial minority, but it wasn’t until making myself vulnerable to strangers in the dating world that I realized just how different I am. No matter how much I work on myself or the number of awards that I win, I will always be some sex object to most people who see, first and foremost, the color of my skin. And I cannot control that. I guess online dating was the rude awakening necessary to remind myself that I’m not seen as a full human being by most of the people who scroll past my face in search of their new girlfriend.

Well, you wouldn’t want to date those racist people anyway!, well-meaning friends would say in response to my complaints about the pattern of offensive (yet admittedly sometimes laughable) messages. The problem isn’t that racist people don’t want to date me. The problem is that these people will be able to move on and find someone—or at the very least get the chance to meet some folks—while I’ve yet been able to do the same.

That’s where a lot of the pain comes from: it brings up the adolescent fears that I will never fit in because I am not “normal,” whatever that means. And it looks like my fears have come true. I am not just an outsider due to the color of my skin. I am the weirdo who’s been involuntarily single for six years. I’m the person who can’t get a date from any of my online dating accounts. And the presence of all this supporting evidence weighs heavily on me.

Now I know that my race isn’t the only reason why I have been single for this long. Most of the black women I know have had little-to-no problem finding dates or they have already found the partner with whom they want to spend the rest of their lives. That’s what makes it so embarrassing to admit I’ve been on a long unfruitful search for romantic partnership: I know I’m far from the only person to get messages detailing a love of “dark chocolate,” but I seem to be one of the few who doesn’t get any type of genuine interest online or off.

In the end, what depresses me the most is the idea that there is something about me that I can never change. Even if I am some inherently undesirable human being due to who I am inside, I can change that. But I can never change the color of my skin, which has been an undeniable obstacle to finding love.