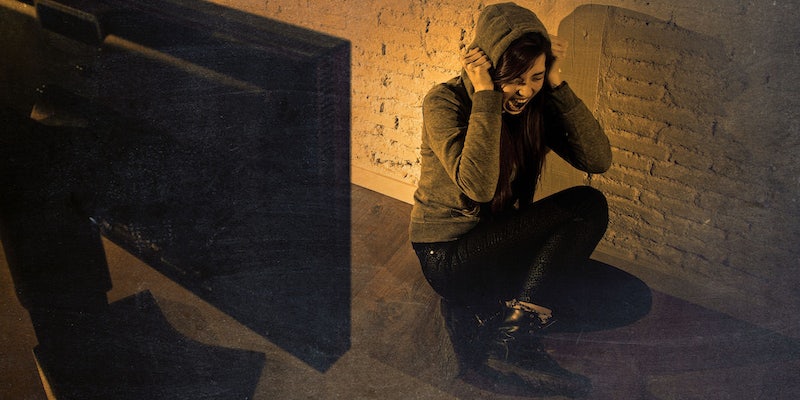 Prominent anti-abuse activists have raised questions about the site's goals and methods.

Kickstarter has suspended a fundraising campaign for a site that would have exposed online bullies to the world in a way that many critics have called glorified doxing.

Update: The Kickstarter for Social Autopsy has been suspended. Thank you everyone who reported for ToS violations. pic.twitter.com/qT8F9n5B6v

Social Autopsy, created by Degree180 CEO Candace Owens, was a website intended to help curb online harassment by making people accountable for their words. According to the now-suspended Kickstarter campaign, it would have been a searchable database where anyone could look up the names of friends, family members, coworkers, or strangers and see their online activities.

“What’s the number one defense people use when they are making awful comments online? ‘I’m exercising my First Amendment rights,’” the creators of Social Autopsy wrote. “Let’s create a database where we capture them exercising those rights and create digital records that anyone can access.”

Social Autopsy is, hands down, the most irresponsible and moronic thing I think I've ever seen. They're gonna need good lawyers.

The unpublished site currently has about 20,000 profiles, but the creators’ goal is to launch—Kickstarter denial be damned—with 150,000.

In a series of tweets, Owens promised that the site would only catalog posts on adults’ public Facebook pages. But she previously expressed support for expanding the database to include anonymous tweets, fanfiction and even minors.

It’s understandable that Owens would want to find new ways to combat online harassment. In 2007, she made national headlines after accusing the son of Connecticut Gov. Dannel Malloy of leaving harassing voicemails on her phone. She received a barrage of online harassment after going public with her story, and to this day, she said, she has never received an apology from Malloy or his son.

Social Autopsy and Owens did not respond to a request for an interview. A Kickstarter spokesperson declined to comment on moderator decisions but referred the Daily Dot to the site’s rules.

People from all sides of the anti-harassment debate were quick to criticize the database, calling it a public-shaming list that would encourage doxing and retaliatory harassment. Some compared the idea to the recent “SJW list” crafted by conservative writer Theodore Beale, which currently only posts full names and employment information but has been banned on several Reddit forums for encouraging mass harassment.

While the database is supposed to be unavailable because the site isn’t public yet, someone anonymously posted links to the site that display people’s names and pictures.

According to anti-harassment advocate Randi Lee Harper, some people from the unpublished site have already become victims. If those links can be discovered, posted, and used to harass people, someone could easily take sections of the entire public database and post them with the same goal.

Owens promised not to publish any addresses, emails, or phone numbers. In an interview with Vocativ, she said that the site would only collect accused harassers’ names, locations, employers, social media links, and current and former school information.

But several blogs suggest that that information could be enough to dox someone. And Owens didn’t explain how any of it would be protected from hackers, in case some of it was private.

The site promises to use screenshots of harassing comments instead of links to avoid the problem of targets deleting their posts. But that means that the site will run into the very real problem of doctored tweets and pictures, like when a Gamergate supporter doctored a photo of Canadian journalist Veerender Jubbal to implicate him in the Paris terrorist attacks.

Owens promised that the site would examine and verify all of its images, but that will be a tall order for a small staff of largely paid interns who want to oversee 150,000 accounts. Information may slip through the cracks, and Social Autopsy could be held responsible for libel if a person is misidentified.

Even though the site is only supposed to be searchable by name, the already available links attach those names to hashtags like #CaitlynJenner and #KanyeWest. Conservative blogger Cathy Young pointed out that at least one person appeared to be included in the database for posting untargeted anti-transgender comments on a Caitlyn Jenner Facebook page. Some people may consider this offensive, but it does not legally qualify as harassment.

If ideological views are enough to earn someone a place on the site, then it stands to reason that the database will have to sweep in harsh critics of Gamergate and Republican presidential candidate Donald Trump. Owens promised on Twitter that the site wouldn’t discriminate based on harassers’ political or social views.

All of these concerns are based on a series of hypotheticals and “what-ifs,” but that’s because Social Autopsy has declined to address its critics’ many concerns. The team also hasn’t partnered with any anti-bullying organizations and has openly criticized anti-abuse advocates like Zoe Quinn for expressing their hesitation.

Several anti-harassment experts reached out to them privately only to have SA rant about how they are bullies on their feed. @BethElderkin

Even though the Kickstarter campaign has been suspended, it looks like Owens is continuing to prepare Social Autopsy for launch. She will host a TedX talk in June, and her Kickstarter says that the site will launch in August.