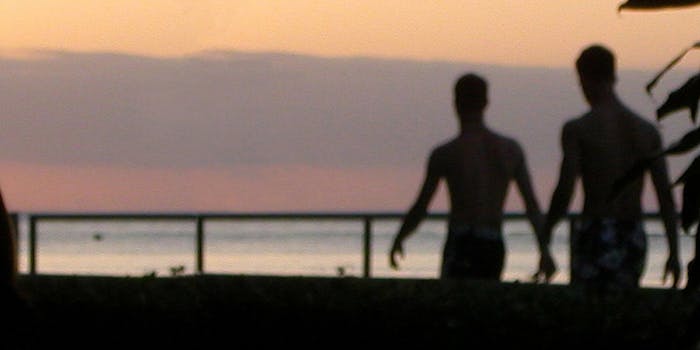 Changing my sexual orientation to bisexual on OKCupid was a big mistake.

It took me five years to have sex with a man sober. I wasn’t quite sure why I was doing it. I knew I liked women, dated women, and had my heart broken by more women than I care to admit.

When I started sleeping with a guy I developed feelings for, that’s when clarity hit. I can do this. I can definitely date and love a man. I knew what I wanted, and I could finally go out and get it. I was pumped. Now I can date both straight girls AND gay guys. My dating pool has doubled! 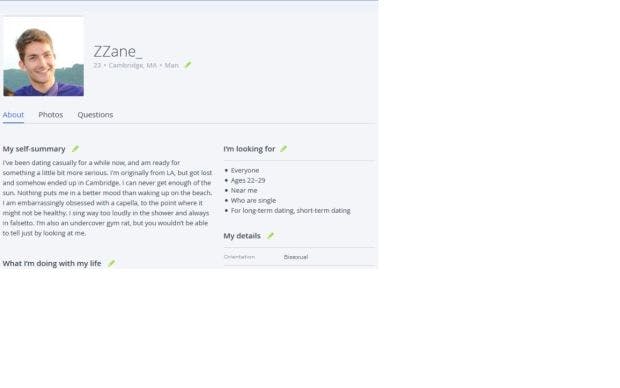 I remember thinking how insignificant looking it seemed, just having bisexual written in small letters on the side of my profile page.

My first OkCupid date with a gay man:

Everything was going pretty well considering it was a first date, but I wasn’t focused on anything he was saying. Thirty minutes passed and there had been no mention of me being bi. He knows, right? Then he broached the topic of coming out. He went first. I then explained I didn’t really have a traditional coming out story being bisexual.

“Oh, you’re bi?” I couldn’t decide if his tone was surprise or judgment.

“Yeah. Did you not see it on my OkCupid profile?”

“No, I must have missed it. I just assumed you were gay.”

I smiled. There was an awkward pause, and I saw it in his face. It wasn’t judgment like I suspected. It was pity. And while he didn’t say anything else, nothing else needed to be said.

At first I blamed myself. I guess I should have confirmed he knew. There was no reason for him to assume I was bisexual. Then I got pissed. Why the fuck does it matter? Where does he get off in denying someone else’s sexuality? How does he not see the hypocrisy?

Then I started to freak out. Is this always how it’s going to be? Am I always going to have to prove to people I’m bisexual? No one has to prove he’s gay or straight. What is this hetero and homonormative crap?

Then I started to freak out. Is this always how it’s going to be? Am I always going to have to prove to people I’m bisexual?

After that first date, my worry was only reaffirmed. I had plenty of gay men tell me exactly what he was thinking, “Oh honey, you’ll get there soon. We all did.” And every time I heard it, or saw their pitying, smug faces, I started questioning myself. Maybe it is just a phase. Maybe I am just straight or gay. I mean, where are all the other bisexual men and not the ones using it as a stepping-stone to coming out gay?

Questioning my attraction to men, I went back to dating straight women, but still identified as bisexual.

My first date with a woman went like this:

We were talking about what we do, and with no segue she said, “So your profile says you’re bisexual.”

“Yep.” She cocked her head to the side, and I could see the cogs turning in her brain.

“What is that like? I never met a truly bisexual man.” She was looking at me as if I were a unicorn in a glass case.

The nonstop interrogation continued, and while she asked everything very politely, I didn’t want to delve into my sex life, my struggles, and my confusion with someone I hardly knew.

After that date, I developed a little speech to give in response to these types of questions. It’s tough, because people often don’t believe you, but I do like having dating options, etc. I delicately walk the line between most people don’t understand and it’s actually not that different from being straight or gay.

Of course, not everyone I dated was like this. I dated a gay guy for nine months who was great. He accepted me and didn’t question my identity. I felt loved. Unfortunately, things didn’t work out, and only now, since I’ve started dating my bisexual girlfriend, do I realize why.

What it comes down to is simple: She gets me and I get her. It’s more than acceptance and sympathy. It’s understanding and empathy. I was crying in my therapist’s office when I told him how much I loved her.

I’ve since changed my little speech when people ask what it’s like to be bisexual. It is different from being straight and gay. It’s really fucking different, and I want you to understand that.

I’ve been lucky to find someone who understands me. Who doesn’t put me into a box. She is also bisexual, and I know that’s not a coincidence. Will I only be able to date bisexual people from now on? I don’t know. What I do know is how good it feels to be understood.