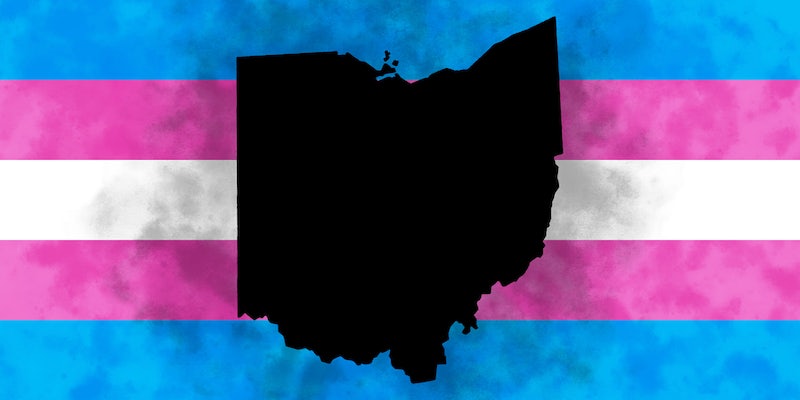 It puts professionals between a moral rock and a legal hard place.

A bill in the Ohio House of Representatives would require school workers, psychologists, and social workers to report to parents if their child is trans, and if they don’t they could be charged with a felony.

The bill, introduced in May by Republican officials Rep. Tom Brinkman and Rep. Paul Zeltwanger, would grant parents broad unprecedented rights to withhold any kind of treatment regarding gender dysphoria, or, in the bill’s own words, “treatment or activities that are designed and intended to form a child’s conception of sex and gender.” The language is purposefully broad, potentially allowing therapists to be prosecuted for answering a child’s questions about gender identity, or teachers to be prosecuted for using a student’s new name and pronouns.

The law would require that before any such “activity” or treatment is started they obtain, “the written, informed consent of each of the child’s parents and the child’s guardian or custodian.” It puts any professional who wants to help trans children between a moral rock and a legal hard place, forcing them by law to out the child to their parents, regardless of how this may impact the child’s safety or well-being. The need for a signature from each of the child’s parents, regardless of the family situation, means that if everyone is following the letter of the law, a child could be waiting indefinitely for something as simple as an answer to a question about their own gender.

All of that is pernicious enough, but the heart of the bill is actually legally protecting parents who refuse to accept that their child is trans and withhold treatment from them. Brinkman says the bill was inspired by the case in Cincinnati in February when grandparents gained custody of their 17-year-old trans grandson after his parents refused to accept his gender identity and tried instead to get him into “Christian counseling,” also known as conversion therapy. Brinkman believes it is a parent’s right to do this, even though the American Psychological Association has stated that such “therapy” does not work and often causes immense psychological harm.

If this bill is passed, courts in Ohio would no longer be able to deny custody to parents who deny their child’s gender identity or withhold treatment. For a trans child without access to the treatment they need, puberty can be torture, not to mention the psychological trauma of having your gender identity denied and rejected. Brinkman either doesn’t care, or doesn’t care to understand this, saying in an interview with WOSU Public Media, “if somebody doesn’t like it, you’re emancipated at age 18 and you can go do whatever the heck you want.”