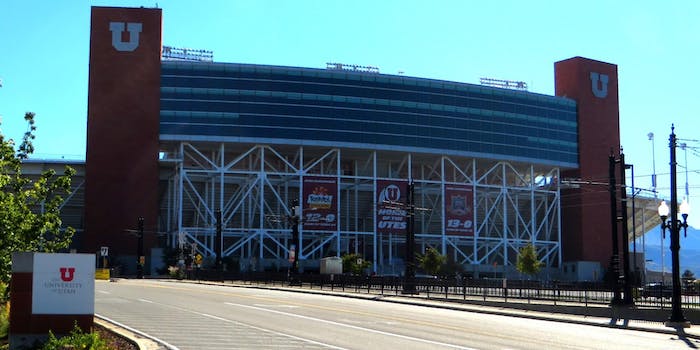 The officer is under investigation.

A Utah officer who was entrusted with sexually explicit photos of a college student being blackmailed reportedly “showed off” the photos and boasted about them to his colleagues, according to the Salt Lake Tribune.

Miguel Deras, an officer with the University of Utah, was assigned the case regarding Lauren McCluskey, a senior at the university, who reported the blackmailing in October 2018.

McCluskey’s ex-boyfriend Melvin Rowland blackmailed her with the explicit photos and asked for $1,000 four days before he shot and killed her on campus. Rowland later died by suicide.

During the time that Deras was on the case, he saved the photos that McCluskey had shared with him as evidence and allegedly bragged to his co-workers about being able to see them whenever he wanted.

Deras also showed one of the images to a colleague, the Tribune reported.

According to the Tribune, the university only acknowledged the incident following the newspaper’s demands for transparency on how the case was handled.

The Tribune and the university reportedly verified that the co-worker was exposed to the photos through interviews and testimony from another officer who overheard the conversation. The university’s campus safety office was unreachable by the Daily Dot on Monday as the number listed was out of service.

Deras left the department in September 2019, and the university has said it did not have evidence about his misuse of the evidence until after he left, the Tribune reported.

On Monday, the Logan Police Department said it was investigating Deras, who is now employed with the department.

“We are very concerned about this allegation and are starting our own internal investigation to determine the facts,” the department said on Sunday in a statement, according to a follow-up report by the Tribune. “At the end of the investigation we will take whatever action is appropriate based on the facts we discover.”