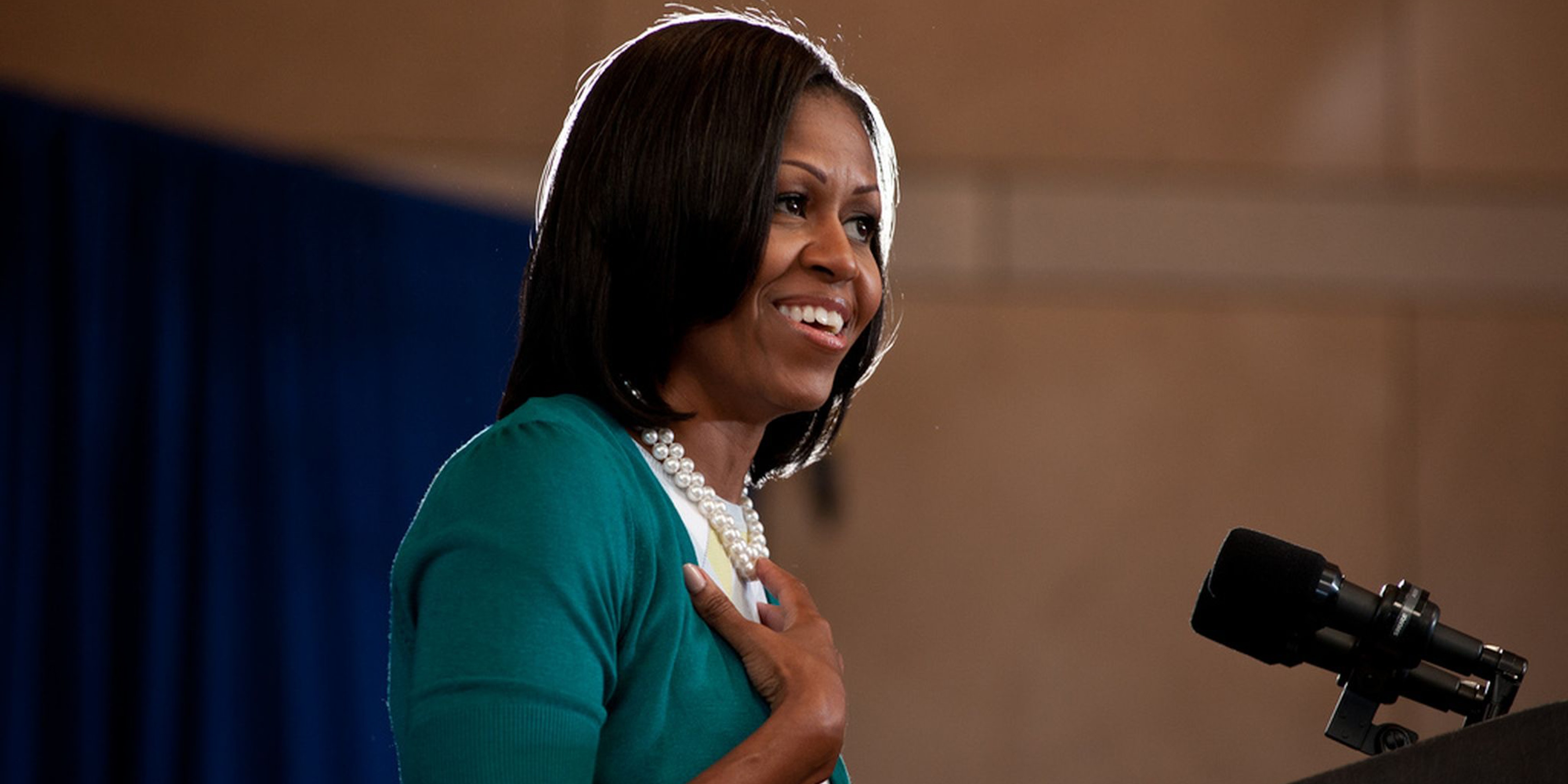 The New York Times Style section sent out a questionable tweet this afternoon to promote a story on First Lady Michelle Obama: “How FLOTUS shed an angry black woman caricature and evolved into a political powerhouse.” 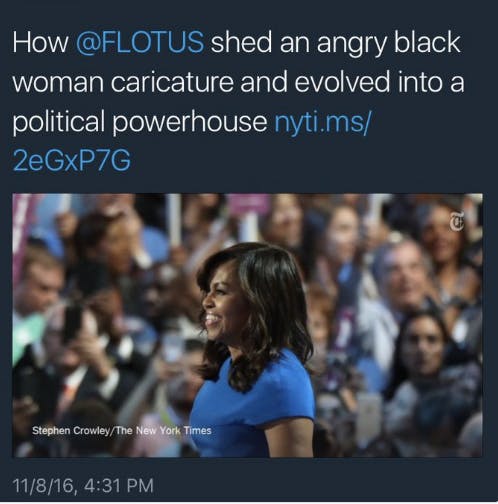 Naturally, people were upset, as Obama, Harvard Law School graduate and beacon of poise and class, has not only never embodied such a caricature, but also, you know, why is the Times Styles section, home to showy white affluence, trying to further such stereotypes in a tweet?

Since when was Michelle ever an "angry black woman?" pic.twitter.com/BGtbBCsB04

No. No. No. You will not slander @FLOTUS in this way, nor will you belittle black women in this way, @NYTStyles.@MikeIsaac get your people. https://t.co/Kr5ftsqeth

y'all misspelled "how @FLOTUS remained graceful, dope, classy, iconic in spite of the hate and used her voice for 8 years"

The tweet has since been deleted and replaced with a non-apology.

Likely, some social media editor made a mistake. However, that doesn’t mean media doesn’t need to understand its blind spots, including our nation’s deeply hurtful stereotypes.