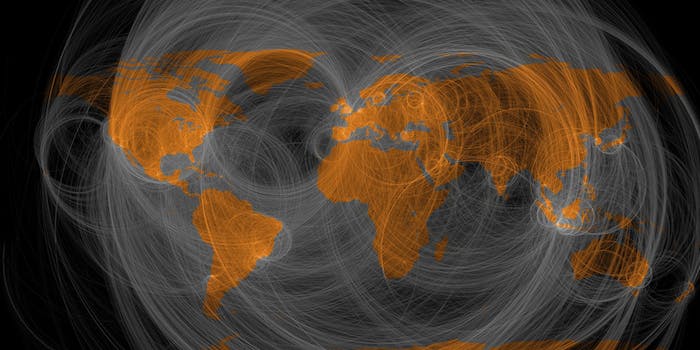 In 1993, a 13-year-old girl named Rachel Williams received a T-shirt as a party favor at her friend Jennifer’s bat mitzvah in Troy, Mich.

The theme of the party was “Dancing with the Toons,” so naturally the shirt featured the likes of Betty Boop and the Jetsons rocking out on a checkerboard dancefloor.

It’s little wonder that the same shirt drew the attention of Gregory Warner and David Kestenbaum of NPR’s Planet Money. They discovered it at a market in Kenya while reporting on a recent story about how clothes donated in the U.S. sometimes end up for sale in Africa.

Besides being an eye-opening example of how clothes we dump at donation centers can go on to have second or third lives abroad, the shirt contained enough specific clues that it offered an irresistible challenge.

With the help of the internet it was just possible that they might find the original owner. Well, that call for help was answered.

Adam Soclof, a reporter with JTA, a Jewish news service, stumbled across Planet Money’s vintage bat mitzvah T-shirt quest and took it upon himself to do some heavy Facebook sleuthing to find Rachel.

Using Facebook’s graph search, Soclof plugged in a few variables: People named Rachel Williams who had a friend named Jennifer, people who would have been 13 in 1993, and people with whom he shared Facebook friends. On his second try, found the right Rachel. Here’s how Rachel reckons the shirt found its way to Africa:

My mom donated it and a bunch of clothes to Purple Heart. She thinks it might have been five years ago. I had a huge collection of bar and bat mitzvah shirts and wonder if lots of them ended up there!

Cue the obligatory soundtrack to “It’s a Small World.”