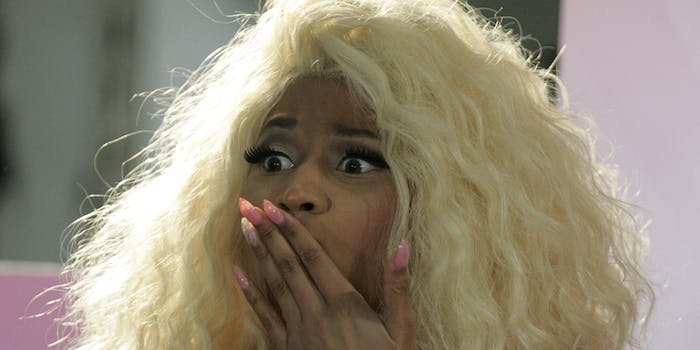 Emma Johns removed the photo, but the damage is done.

No matter how many times an attempt at blackface has gone awry, it still hasn’t discouraged other people from doing it. One northern Florida high school student is learning her lesson the hard way after posting a photo of herself in blackface as part of a homecoming costume.

Emma Johns shared a photo collage on her now-deleted Twitter that shows her dressed as pop star Nicki Minaj. The Hillard High School senior is pictured wearing a blonde wig, a leopard jumpsuit, what appears to butt padding, and blackface. Next to her is a male friend who, according to her tweet, was dressed as Drake. 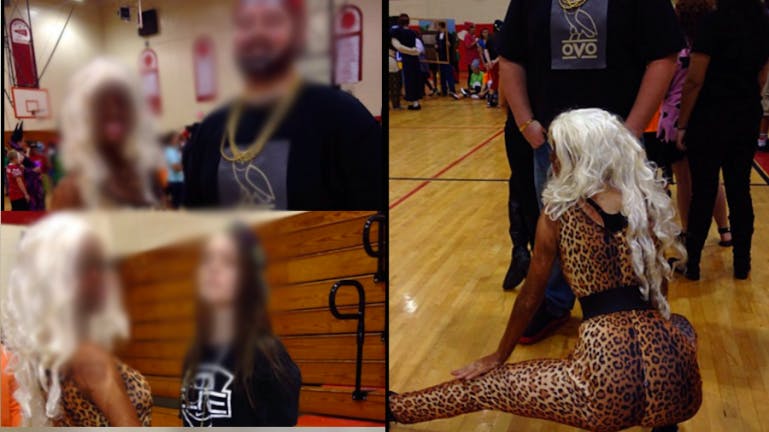 Before deleting her account on Tuesday, Johns tweeted “I sincerely apologize for my actions. I did not mean to offend anyone with my homecoming costume,” according to the New York Daily News.

When the collage began circulating, people were understandably upset by Johns costume. But things got even worse when Twitter and Tumblr users began circulating the name of her high school, the contact information of school administrators, and information for the University of Florida, where the senior hopes to attend next fall. 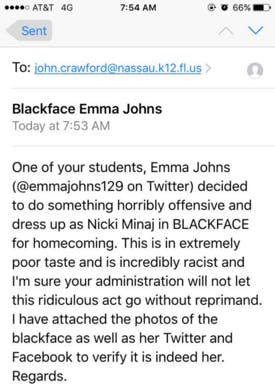 There’s also a curious twist worth noting: Johns has widely been referred to as a white girl in blackface. But the class president and volleyball player appears to be at least part Native American. An Instagram photo shows her posing in traditional Native American clothing for her senior portrait, and her father has shared links and quotes about Native Americans on her Facebook, along with the words “gvgeyui nihi” which means “love you” in Cherokee.

The school has not returned the Daily Dot’s request for comment.