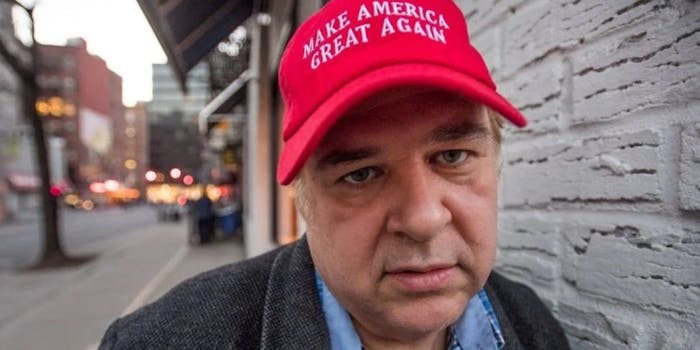 The New York Post and two of its journalists are being slammed on social media for a report about a first responder who earns extra money through OnlyFans.

The woman has come forward to say she pleaded with journalist Dean Balsamini to remain anonymous but that he refused her requests. The woman also says she was outed to her family and the company that employs her.

The article, “NYC medic helped ‘make ends meet’ with racy OnlyFans side gig,” was published on Saturday and profiles a 23-year-old paramedic. The story describes how Lauren Caitlyn Kwei, who works for a private ambulance company, also earns through OnlyFans because her primary job doesn’t pay enough.

The report was written by Balsamini and Susan Edelman, journalists with a minimal online presence. Balsamini has only 152 Twitter followers, and Edelman is receiving comments on her old tweets criticizing her for doxing a young woman trying to make ends meet.

According to the Post report, Kwei opened her OnlyFans account because the income from her full-time job was low.

“I don’t get paid a lot. I’m just trying to make ends meet,” Kwei told the Post. “I truly don’t think this has anything to do with being a paramedic.”

The article patronizingly describes her “sexually suggestive site,” refers to her gig as “online exploits,” and discusses her educational background in performing arts, which Kwei said she left because she wanted to do more for the community.

The Post went ahead with the story even after Kwei allegedly expressed concern that she risked losing her job if the organization found out about her sex work.

“The whole staff at the new york post deserves to be shot into the sun. this is a private fucking citizen who makes so little as an essential first responder that she needs side jobs,” wrote one user on Twitter. “that’s the story. not this misogynist anti sex worker trash.”

“How would @dean_balsamini and @SusanBEdelman feel if they and their families were subjected to that kind of scrutiny and harassment by the entire internet?” tweeted another user.

Many were angry with the lack of consideration for a paramedic who has been risking her own safety to care for others during the coronavirus pandemic and could potentially lose her job following the Post’s article.

“This just in: the NYPost decides that they need to do anything and everything they can to get paramedics fired during a pandemic,” wrote one Twitter user. “Very cool and very strong decision. Maybe next you can have some tips about catching and sharing coronavirus.”

Many, including Rep. Alexandria Ocasio-Cortez (D-N.Y.), pointed out that the issue with Kwei’s story is that EMTs have to take on other gigs to make on sufficient income, not that she’s earning money through OnlyFans.

On Sunday, GoFundMe campaign was set up to support Kwei in case she loses her job. By Monday afternoon, the campaign had received over $33,000, far surpassing its original goal of $5,000.

“Lauren is now at risk of loosing her job, loosing her ability to help support her family, her father is extremely ill and Lauren has no where to turn,” says the description of the fundraiser, which was organized by Amanda Tr.

On Sunday evening, Kwei shared her gratitude on the GoFundMe page. “I truly believe I do not HAVE to explain myself, but I want to,” she wrote. “I sold pictures of myself on the internet for extra money because it’s easy. I didn’t pick up extra shifts because I cannot work 40+ hour weeks and maintain my mental health.”

She added that she did not want to have to ask her parents for their money and that she “begged” Balsamini to not publish her name, but he did it anyway.

Kwei is reportedly home with her family after her father suffered a heart attack last week. Because he won’t be able to work for the next two months, she is the only one supporting her family, which only adds to her current crisis. The Daily Dot has reached out Tr and Kwei.

Neither Balsamini nor Edelman responded to the Daily Dot’s multiple requests for comment.

“Let me be very clear: I did not want the NY Post to run this article, much less use my name,” Kwei wrote. “I truly believe whoever ‘tipped’ the post does not know me personally because anyone who knows me knows the kind of person I am. Let me tell you who I am.”

Kwei said that she was raised in a small town in West Virginia. She pursued theater acting before becoming an EMT in February. She said working during the coronavirus pandemic led to severe stress, and at one point, she considered suicide.

“I had panic attacks at work and even had a supervisor tell me I should consider another profession if I didn’t grow a thicker skin,” Kwei wrote. “I am a damn good paramedic. I LOVE my job and I love taking care of people. I don’t want to quit my day job and get my bag on OnlyFans—I want to serve the city of New York.”

She also called for higher wages and mental health support for first responders.