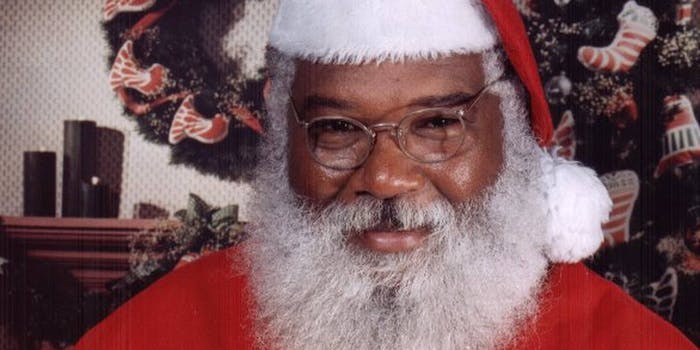 Everyone in New Orleans has a photo with the same Santa

Santa is real, and it's this guy in the Seventh Ward.

Santa is real and he lives in New Orleans. At least that’s what’s to be believed from this Twitter thread, in which every person in New Orleans, regardless of age, has a photo of themselves with the same Santa.

im looking at this thread thinking this guy might be the real Santa pic.twitter.com/QUgWAouN6s

The Santa can be found at Dennis Photofinish studios in the city’s Seventh Ward. The number listed for the studio was unavailable, but on the website are photos of the very same Santa. The studio’s Facebook page also advertises photos with the “original chocolate santa,” and says he’s been serving New Orleans for 45 years. Which means he’s looked like that since he was 25, or he’s been alive forever.

So to everyone arguing that Santa can’t be Black, here is your proof.