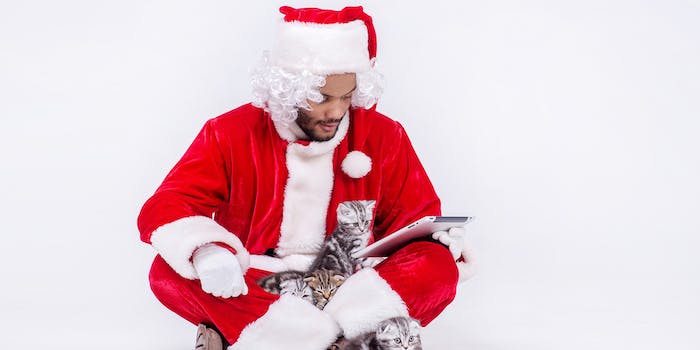 An editor at the Star Tribune tweeted this morning that the Minnesota newspaper had disabled its comments section on a story about the Mall of America’s first black Santa.

The article, written by Star Tribune reporter Liz Sawyer, goes into detail about the first black Santa hired by the Mall of America in the mall’s 24-year history.

“This is a long time coming,” Landon Luther, co-owner of the Santa Experience, which has run the intimate photo studio at the mall for 10 years, told Star Tribune. “We want Santa to be for everyone, period.”

During a nationwide search, Luther found their Saint Nick at a Santa convention in Branson, Missouri—Larry Jefferson, a retired U.S. Army veteran from Irving, Texas.

Santa Larry, who graduated from Santa school, has donned the red suit for 17 years and is working at the mall this weekend, from Thursday to Sunday.

“We had a shorter version of the article up around 1:30pm yesterday that got a lot of traction,” Sawyer told the Daily Dot. “We routinely turn off comments on articles involving racial issues—as we do with public safety stories.”

However, the paper’s chief marketing officer Steve Yaeger told the Daily Dot that the comments section was never enabled in the first place “and thus none were ever posted—positive or negative.”

Regardless, the conversation on Twitter has boomed around the story’s fallout.

all they wanted was a copy of his birth certificate proving North Pole birth (long form, of course)

people are just so economically anxious. 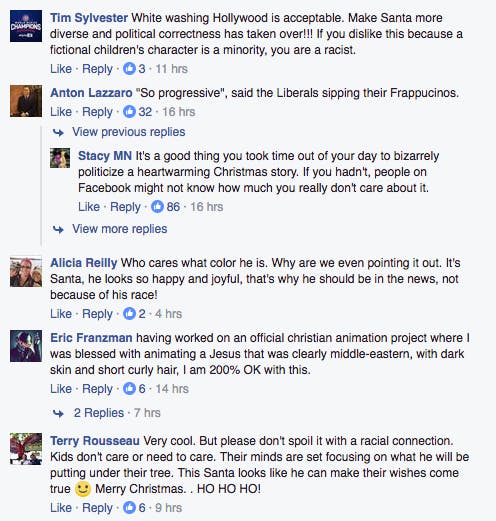 Despite all this, the Star Tribune reports that he’s fully booked Saturday and Sunday, with limited openings for Friday and a waitlist, too.

“If I can bring joy and smiles to anybody’s face as Santa Claus, no matter what color I am, I’ve done my job,” Santa Larry told the Star Tribune.

Update Dec. 2, 5:09pm CT: Includes comment from Yaeger that the comments were never enabled in the first place.