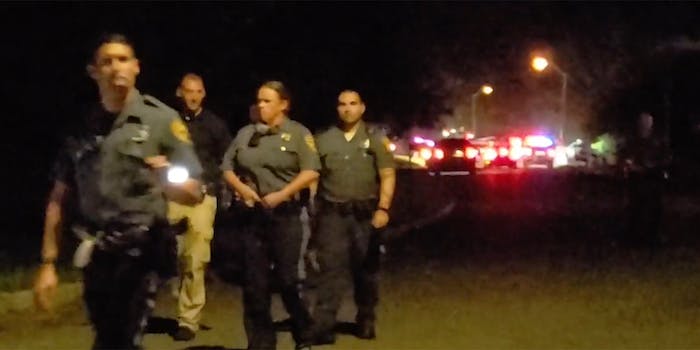 Three people have been charged.

Police in New Jersey reportedly “spent hours” trying to break up a party with hundreds of attendees at a house rented via Airbnb on Sunday, according to Nj.com.

Homeowner Yaakov Weiss reportedly rented out space for a party in Jackson Township, New Jersey, police said. He then left the residence, and 200 more people showed up to the event.

On Sunday evening, the New Jersey police broke up the party after hours of trying following neighbors’ complaints of disturbances. According to multiple reports, the streets around the house had clogged up with cars, rendering some of the streets unusable. According to police, there were at least 100 cars parked in the area.

Meanwhile, a nearby resident reported to 911 that some of the party-goers had broken into their house and caused damage to property.

It was later determined that a family member of that home who had gone to the party had brought back guests who were causing the issue.

It’s not clear if the party-goers were wearing masks, and what, if any, social distancing protocols were in place. Airbnb lists an extensive list of precautions for both guests and hosts to prevent the spread of the novel coronavirus.