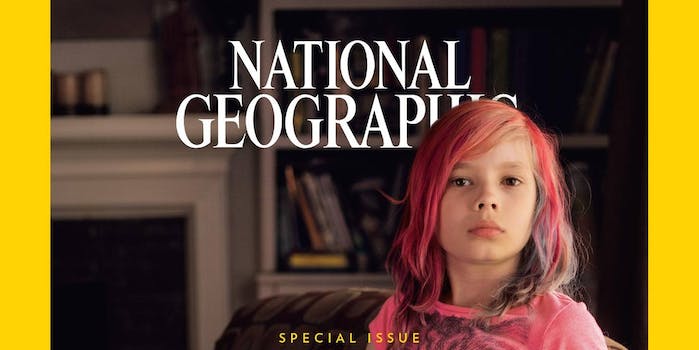 National Geographic just announced its January 2017 issue will be entirely devoted to gender—and the magazine included its first known trans person on the cover.

The cover features 9-year-old Avery Jackson, who has documented her transition on YouTube. It includes a quote from Jackson, saying, “The best thing about being a girl is, now I don’t have to pretend to be a boy.” National Geographic is also producing a documentary with Katie Couric about gender.

While the trans experience is represented in the media now more than ever, that representation doesn’t always translate to better life experiences. Trans people are t10 times more likely to attempt suicide than the general U.S. population, and in the last year 50 percent report being verbally harassed for being trans, and 20 percent reported they didn’t seek the healthcare they needed for fear of being harassed.