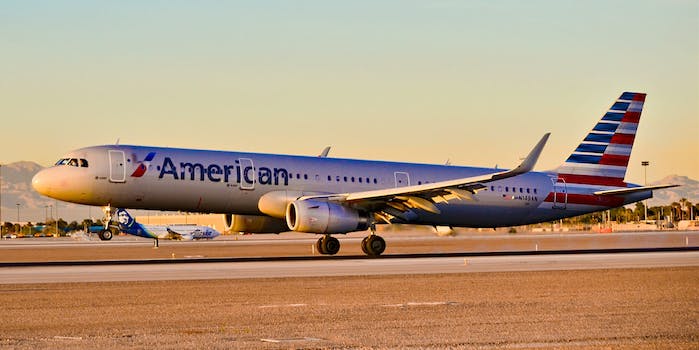 The airline has allegedly not been treating Black passenger well.

The NAACP has issued an official warning to Black travelers: Don’t fly with American Airlines.

The civil rights organization published its travel advisory on Tuesday, advising African-American flyers that their “safety and well being” may be in jeopardy while flying with American Airlines. According to the NAACP, a “pattern of disturbing incidents” have occurred, which the organization believes stems from a “corporate culture of racial insensitivity” and “possible racial bias” against Black passengers.

In one case, a Black flyer was forced to give up his seat after responding to two white passengers making racist comments toward him. In another, a Black woman and her baby were kicked off a flight to New York when she asked the airline to remove her stroller from checked baggage before taking off.

“Historically, the NAACP has issued travel advisories when conditions on the ground pose a substantial risk of harm to Black Americans, and we are concerned today that the examples cited herein may represent only the ‘tip of the iceberg’ when it comes to American Airlines’ documented mistreatment of African-American customers,” the NAACP wrote.

“All travelers must be guaranteed the right to travel without fear of threat, violence or harm,” Johnson said. “The growling list of incidents suggesting racial bias reflects an unacceptable corporate culture and involves behavior that cannot be dismissed as normal or random.”

This isn’t the first time NAACP has officially warned Black Americans about unsafe and discriminatory environments. Earlier this year, the organization’s Missouri chapter issued a travel advisory against visiting the state, warning women, people of color, and queer Americans that they may face discrimination and violence in the area.