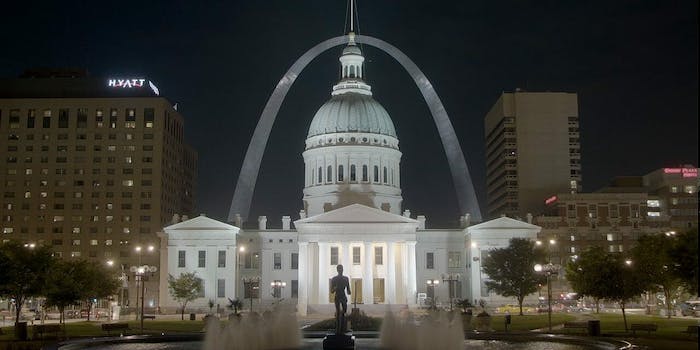 The NAACP just issued a travel advisory against visiting Missouri

Women, people of color, and LGBTQ citizens may not be safe, according to the warning.

The Missouri chapter of the NAACP has issued a statewide advisory against visiting the state if you’re a woman, person of color, person with disabilities, or LGBTQ citizen because you “may not be safe,” the Atlanta Black Star reports.

The warning comes as Senate Bill 43 was signed into law, which amends the Missouri Human Rights Act to make housing and workplace discrimination cases significantly more difficult to prove in court. The law is slated to go into effect Aug. 28.

NAACP delegates are also concerned with “racial” and  “ethnic disparities in education, health, economic empowerment and criminal justice,” as well as a recent report that shows black drivers are 75 percent more likely to be pulled over in Missouri than white drivers.

The NAACP also pointed to a history of “violent and dehumanizing” racial discrimination in the state, racist incidents at the University of Missouri in Columbia, and homophobic comments made by a representative in the Missouri House, who claimed that there is a “distinction between homosexuality and just being a human being.” Missouri is also home to Ferguson, where in 2014, black teenager Michael Brown was shot and killed by a white police officer, and sparked national debate about excessive police force.

“Our ongoing issues of racial profiling, discrimination, harassment, and excess violence towards people of color have been further exacerbated by the passage, and signing of [Senate Bill] 43,” Springfield NAACP President Cheryl Clay told the Springfield News-Leader. “Not all the communities have the desire of the will to do the right thing for people in their community. Thus, this is why Missouri has earned the travel advisory for the whole state.”

Associated Press reports that national delegates have moved to adopt the advisory and that the travel advisory may be officially ratified by the NAACP’s national board in October.