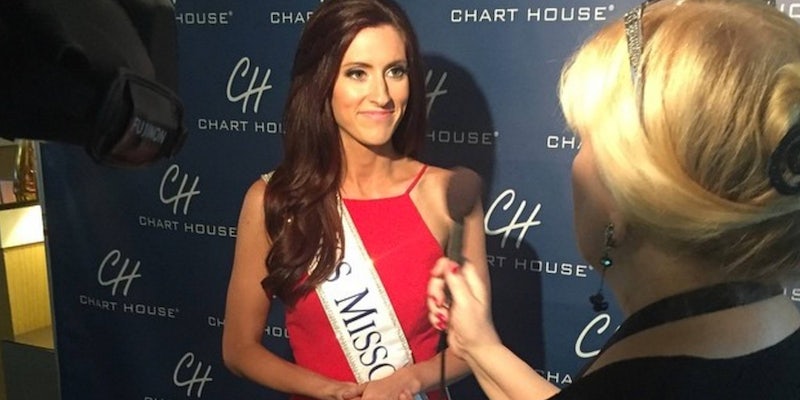 Another reason to tune in.

Times are changing—for the better. Erin O’ Flaherty will represent Missouri as the first openly gay woman competing in the Miss America pageant this weekend.

Whether O’ Flaherty is to win or not, she’s already making history by being the first Miss America contestant to win a state title after coming out.

“I’m excited to represent the LGBT community,” O’Flaherty told Good Morning America on Tuesday. “We are underrepresented in positions of influence. So I am excited to take that on and I hope that my presence will help with visibility for the community.”

In past competitions, there have been lesbians who fought for other titles. Djuan Trent competed as Miss Kentucky in the 2011 Miss America pageant and finished in the top 10—three years later she later came out as a lesbian.

In 2012 Jenelle Hutcherson and Mollie Thomas competed in the Miss California USA pageant but did not advance to nationals. Both participants were openly gay.

Then in 2014 Patricia Yurena, a two-time winner of Miss Spain and a runner-up in the 2013 Miss Universe pageant, announced that she is a lesbian.

Josh Randle, COO of the Miss America Organization, also had some encouraging words on the matter. “Through every major milestone of our nation’s evolution, Miss America has provided a voice for women from all walks of life, and, this year, we welcome our first openly gay contestant,” Randle told the Associated Press.