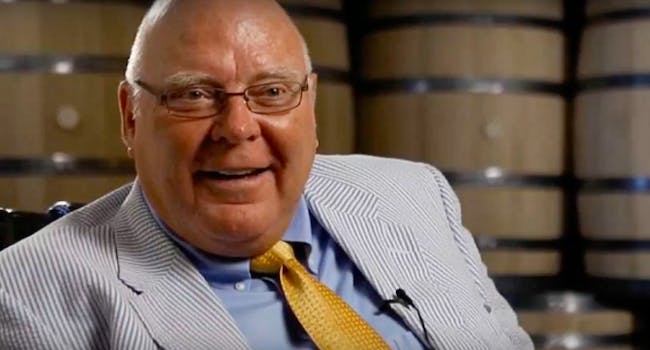 When millionaire John Joseph Boswell was in Washington, D.C., for President Donald Trump’s inauguration in January, he stayed at the four-star Mayflower Hotel. He also allegedly sexually abused a black maid who makes $20 an hour.

According to the police report, Boswell, who is the chief executive of the world’s largest wine-and-whiskey barrel manufacturer, came up to her from behind and started rubbing her butt.

“This is very nice stuff,” he said, according to the report. “I like that!”

Soon after, a second maid came out of the bathroom and Boswell moved away, while the first maid, an African immigrant, ran out of the room shaking. That didn’t stop Boswell from then placing his hand on the second maid’s shoulder until she demanded he sit down.

Neither maid reported the incident to authorities, but a coworker called the police the following day. Boswell was arrested and pleaded guilty to misdemeanor sexual abuse in April. He was sentenced to 10 days in jail and six months probation but had his jail time suspended. The executive, who makes $600,000 a month, according to the Washington Post, will instead walk free with a $50 fine.

Boswell told the Post he was innocent, saying, “I patted her on the lower back. It was just a friendly gesture.”

The prosecutor in the case didn’t agree. “He took advantage of [her] while she was working, vulnerable, and alone,” assistant U.S. attorney Vivian Kim wrote in an email to Boswell’s attorney.

According to the Nation, eight in 10 hotel workers have been harassed at work. Many incidents of abuse go unreported as they are often immigrants and women of color who are afraid of losing their jobs.