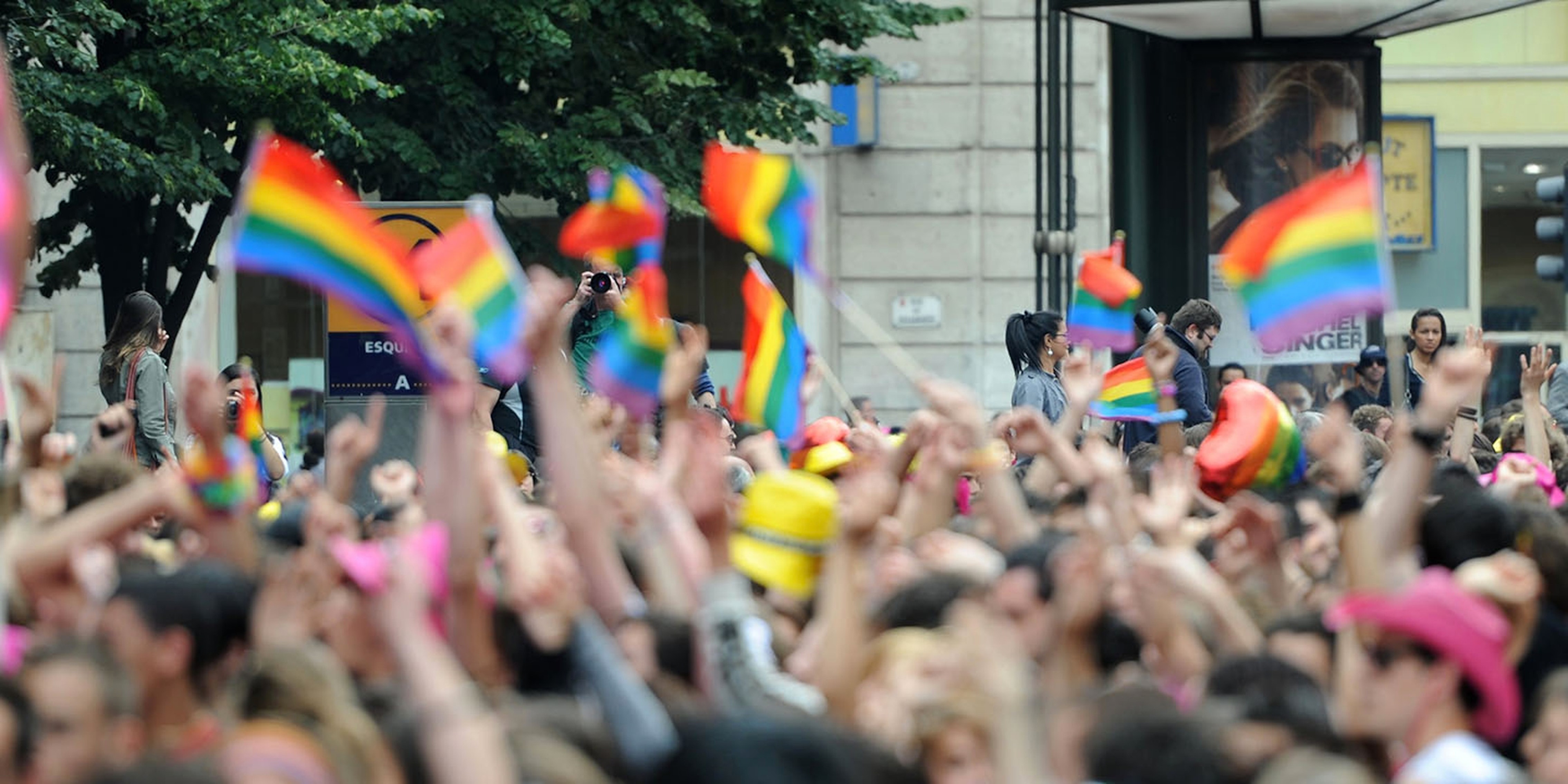 GLAAD study reveals millennials are the gayest generation yet

Millennials may just be the queerest generation the planet has ever seen. A new study from GLAAD reveals 20 percent of people ages 18-34 openly identify as LGBTQ, with 12 percent of the general population self-identifying as LGBTQ.

According to the Accelerating Acceptance 2017 study conducted by Harris Poll for GLAAD, millennials “are significantly more likely to openly identify as LGBTQ than older generations.” In comparison, 12 percent of Gen Xers report being LGBTQ, versus only 7 percent of Boomers.

Millennials are more likely to identify as bisexual, asexual, and pansexual than other generations, too. And 12 percent of all millennials report being a gender identity other than cisgender, with 2 percent identifying as transgender. In comparison, only 1 percent of Generation X identifies as trans.

It should be noted that these numbers don’t necessarily reflect who is LGBTQ, but who feels open, safe, and comfortable enough to identify as LGBTQ. The poll was conducted online, tallying 2,037 adults ages 18 and older.

Outside of personal identification, though, millennials and Gen Xers are also more likely to know someone who identifies as transgender, at 18 percent and 17 percent, respectively, compared to 13 percent of Boomers. And millennials are much more likely to be LGBTQ allies, too: 63 percent of non-LGBTQ millennials identify as allies, whereas 16 percent of straight and cisgender Boomers consider themselves “resisters” against LGBTQ rights.

The mainstream media has traditionally billed millennials as an open-minded and accepting generation, especially compared to their predecessors. But GLAAD warns that the trends behind the statistics may be complicated. And the organization stresses that there’s still a long road ahead for queer and trans acceptance in the American mainstream. Especially under the Trump presidency.

“Still, nearly a third of Americans remain uncomfortable with their LGBTQ family members, coworkers, and neighbors,” GLAAD states. “And as the Trump administration turns America in a new direction… will cultural acceptance of LGBTQ people continue to rise and will young LGBTQ people in particular continue to feel safe to come out and simply be who they are?” The answer remains open-ended.