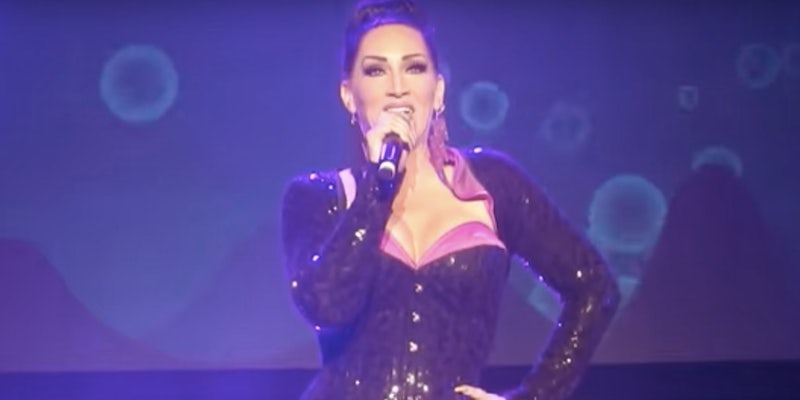 More than 300 people retweeted her plea to find him shelter.

On Monday, a gay teen in Elizabeth, Kentucky, reached out to Michelle Visage, a longtime LGBT ally and judge on RuPaul’s Drag Race, after he was kicked out his home for coming out to his parents. “Tell me it gets better,” he asked her.

Visage reassured 18-year-old Jake that his “life was just beginning,” and asked him if had a place to stay. When he told her that he was sleeping in his car, which he had to give back to his parents in the morning, she sent out an urgent plea to find him somewhere to go.

It wasn’t long before the offers to help came pouring in.

I live in Lexington and have a car. Let me know if I can help!

This morning, Visage let her followers know that Jake is safely living with a friend and will continue to update if he needs a place.

As many pointed out on Reddit, Visage is a straight ally who has worked against hate crimes and for LGBT rights since the 1980s, when she was a part of New York’s underground ballroom scene. Last year, she won the Straight Ally Award in Glasgow.

It is also fittingly national LGBT Center Awareness Day, so if you know anyone in need of services or guidance, here is a list of LGBT centers around the country where they can find help.