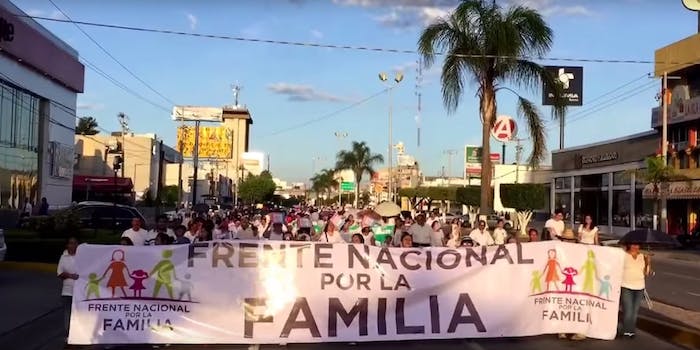 Sometimes a single photo really does speak 1,000 words—or at least an attempt to take on 10,000 people.

On Monday, a picture taken by Mexican photojournalist Manuel Rodriguez went viral. It showed a 12-year-old boy standing in the middle of the street, his arms stretched wide, staring down a line of cars and about 10,000 approaching protestors.

Rodriguez was interviewed about the photograph by Mexican news site Regeneración, and said that he thought the boy was just playing around at first—until he spoke to him.

“I have an uncle that is gay,” the boy told Rodriguez. “And I don’t like that they hate him.”

The march, organized by anti-marriage equality group Frente Nacional por la Familia (National Front for the Family), took place in Tijuana on Saturday. As the Los Angeles Times reported, dozens of similar protests took place across the country in response to President Enrique Peña Nieto’s effort to legalize same-sex marriage on the national level (it’s already legal in Mexico City and nine states—but the other 22 states currently limit marriage to heterosexual couples). According to Frente Nacional, over 1 million people protested same-sex marriage in all 31 Mexican states. 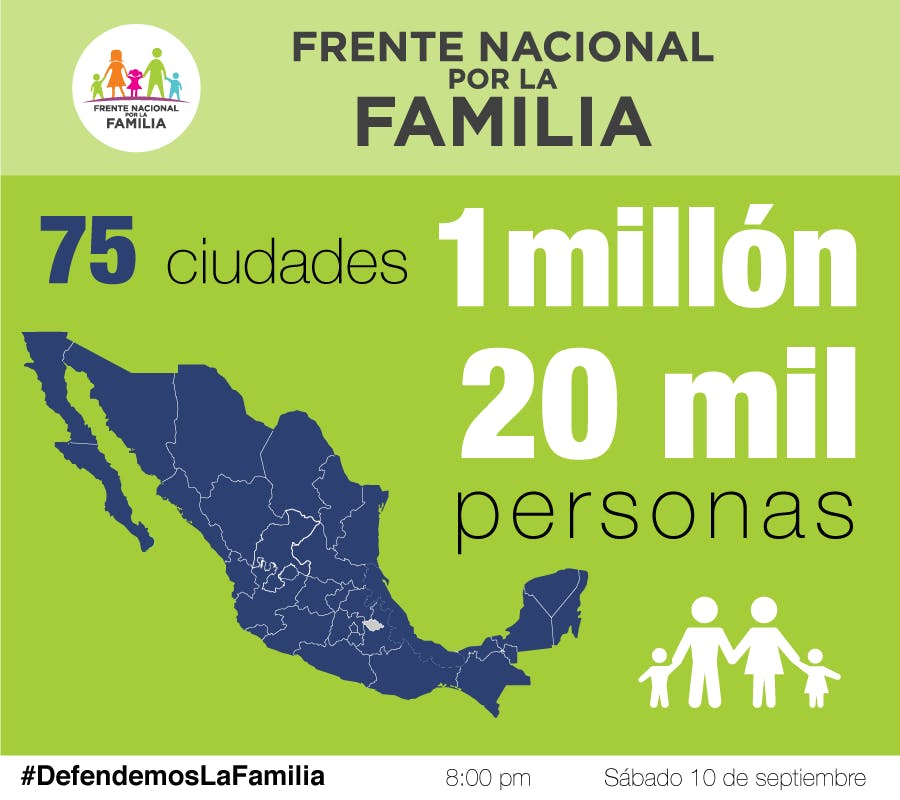 One photo posted to Twitter showed a LGBT protest approaching a Catholic Church in Mexico City along with the caption, “We are coming, Norberto is shook,” likely in reference to the city’s Catholic archbishop Norberto Rivera Carrera. Other photos showed LGBT counter-protestors approaching the anti-marriage equality events.

On Twitter, LGBT advocates responded to the anti-marriage equality protests by pressing for the law to be passed. In one tweet, a resident said that “Mexico will remain a third-world country until its people mature and learn to respect marriage equality.” Another referred to the clashes over marriage equality as the country’s “civil war.”

(Sorry, this embed was not found.)
[Placeholder for https://www.facebook.com/FrenteNacionalPorLaFamilia/posts/1302122363141047 embed.]

Frente Nacional posted videos from multiple cities to its Facebook page, showing tens of thousands of marchers streaming through streets and into giant parks at protests around the country. While Saturday marked the day of state marches, Frente Nacional plans to increase the number of protestors on Sept. 24—when Mexico’s national march against marriage equality is expected to draw a million anti-gay marriage activists to Mexico City.