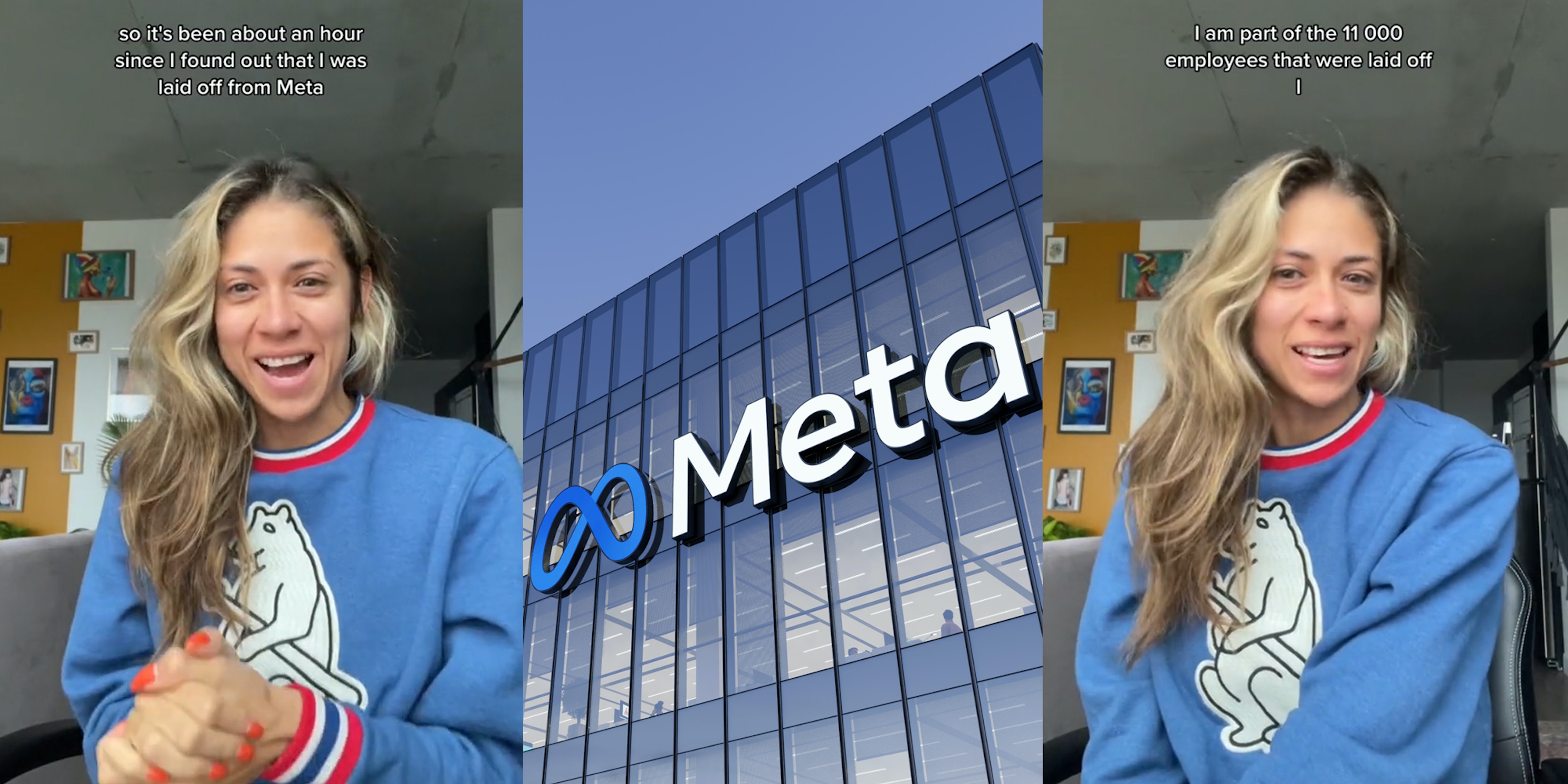 ‘This was literally my dream job’: Meta employee says she was fired via company-wide email

Meta laid off more than 11,000 employees earlier this week.

A former Meta employee is revealing on TikTok how she was let go via a company-wide email amid mass layoffs at the tech giant.

Meta, the parent company of Facebook, let go more than 11,000 employees this week after its stock value dropped nearly 20% due to a weak fourth-quarter forecast and earnings miss.

In a video that has been viewed more than 439,000 times, TikTok user Megan Ariel, who claims she worked in the company’s recruiting department, detailed her reaction to the somber news.

“Yesterday was like, you know, whatever happens happens, and today when I read the email I got so emotional,” Ariel says. “And I know that’s normal. I think it’s just like, this was literally my dream job and I was so proud of myself when I got it.”

Ariel also expressed sympathy for her fellow former employees, many of whom who have taken to social media to document the layoffs as well.

“If you’re going through this right now, I’m in the same boat as you so sending lots of love and light and we’ll get through this,” she adds.

In response, other viewers claiming to be laid off Meta employees flooded her comments with condolences and well wishes.

“I’m part of the 11,000 too, Megan,” one user wrote. “I can totally relate to how you feel today. Sending all the vibes your way & lifting you up during this time

“Hey girl. Also one of the folks laid off from Meta today,” another said. “So sorry you’re going through this and I’m here if you want to talk.

“U can blame zuck for trying to force vr,” one user argued.

A union advocacy group on Twitter similarly called out Zuckerberg for his focus on the metaverse.

“11,000 Facebook employees are without a job because Zuckerberg sunk tens of billions into Second Life But Worse,” the group said. “Tech workers need workplace democracy too. They need unions.”

A video was also leaked to CNBC this week in which Zuckerberg can be seen taking the blame for the layoffs.

“I’m the founder and CEO, I’m responsible for the health of our company, for our direction, and for deciding how we execute that, including things like this, and this was ultimately my call,” Zuckerberg said in the clip. “It was one of the hardest calls that I’ve had to make in the 18 years of running the company. And a lot of why it’s hard is, obviously, it has a big impact on your lives, but also for our mission.”

Meta’s metaverse efforts have been widely mocked so far, with many skeptical of Zuckerberg’s vision for the future.

The Daily Dot reached out to Ariel and Meta via email.