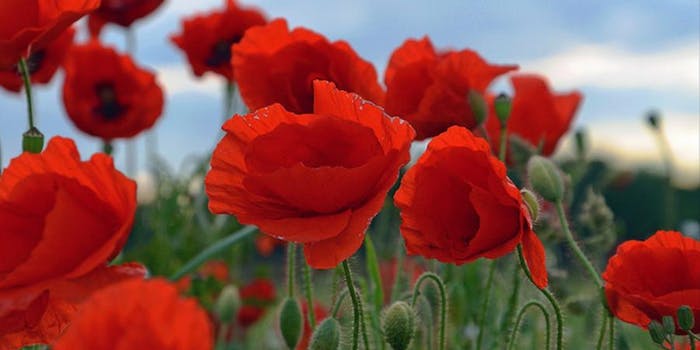 Because there's nothing more metal than bleeding for a week straight without dying.

Gentlemen, I’m gonna let you in on a little secret that you probably don’t want to hear: We ladies are obsessed with our menstrual cycles. We have a morbid obsession with what comes out of our bodies. It’s like a disgusting, painful form of magic every month. And sometimes, this obsession goes a little far, which leads to things like menstrala, or menstrual art.

The Instagram account Menstrual.blood is a good example of this phenomenon. It features photos of used pads, tampons, soiled panties, and other assorted menstrual effluvia.

Warning: If you are a man, these photos might make you weep and gnash your teeth and beat your fists like an Irish widow. If you are a woman, however, they’ll probably just make you go, “Eh, no big, that was basically my last Saturday.” Gentlemen, if you wanna duck out and call your mommies, we totally understand. The big girls will be here when you get back.

Spotted by the Frisky, the Menstrual.blood Instagram account is exactly what it sounds like: an Instagram account that showcases the soiled panties, used tampons, and unwashed menstrual cups that have littered every woman’s garbage can at one point or another. Unlike menstrala, there isn’t anything particularly high-minded or artistic about Menstrual.blood. It’s just a platform for women to show off how metal we are ’cause we bleed like rock stars every month.

Jennifer Williams, the creator of Menstrual.blood, says she started the account so women could take pride in their monthly cycles. “I made this Instagram account to frame menstrual blood as something beautiful and something to be proud of; to bring it out in the open, rather than taboo and hidden away,” she told the Frisky. Williams also says men have submitted photos, as a way to express solidarity with their female friends and partners.

So the next time you’re bleeding and cramping and bleeding and cramping and walking around pale and sweaty and bloated and angry like a wounded, dying bear, reassure yourself that you’re not alone by snapping a period postcard and sending it to Menstrual.blood. And never forget you’re one of the few mammals on the planet that bleeds for a week straight and doesn’t die.