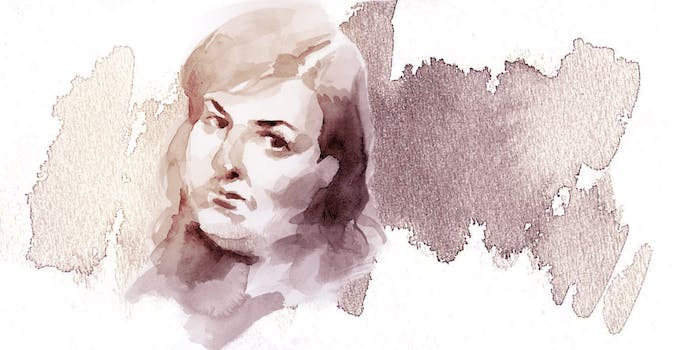 ‘Untrolling’ the Internet, one vlog at a time

Megan MacKay is trying to elevate online discourse with her whip-smart YouTube channel.

In September 2014, Megan MacKay took the news of Ray Rice’s domestic abuse charges and made it into a makeup tutorial. It’s a study in contrasts: She used a megapopular genre—the beauty tutorial—to unpack complex and ugly issues related to the NFL and the abusers it shields. It’s seen more than 2 million views.

Since then, the 24-year-old Toronto resident has switched up her approach a bit. She still does her “roast-orials” as a bridge into politics, sexism, and homophobia, but she’s expanded her format to include a Ted Cruzcampaign ad, a song for Justin Trudeau, and movie reviews. Her fans have followed her as she’s evolved; she now has more than 50,000 subscribers.

“There’s a logical structure that you can fit comedy into and can fit satire into quite easily,” she says. “You put your makeup on, stuff like that. But I think a lot of issues that I want to tackle, there’s a lot of nuance to them and there’s a lot of complicated stuff going on in the background, and I don’t really feel right boiling it down into a step-by-step makeup tutorial.”

MacKay first started using YouTube in 2013, while she was still in college, and says she’s had a couple of “false starts” on the platform. In the summer of 2014, she was looking for a job in TV, which is “impossible,” so she decided to see what happened on YouTube for a year. Her makeup tutorials eventually gave way to meatier explorations of political correctness and feminism.

That’s when the trolls started crashing her channel. Creators taking other people’s clips and re-editing them for reaction videos has become a controversial, divisive issue on YouTube. While MacKay helms a smaller channel, she claims her video about comedy and political correctness was repurposed by a YouTuber who’s made several videos criticizing feminists. It brought waves of negative comments to her channel, many of which assessed her looks and weight. There were 20 separate mentions of the word rape.

It was at odds with the more positive vibe MacKay had been trying to emit with her videos, so she decided to try to reverse the tide with #UnTrollTheInternet—a hashtag that aims to elevate positive contributions to online dialogue and the people behind them.

“I started #UnTrollTheInternet as a way to share content that I think is a positive reflection of what the Internet could be,” she says. “Positive discourse, positive conversation, not necessarily about positive topics all the time, but just… moving forward and creating a conversation rather than just a shouting match.”

It’s a Sisyphean task for those who want to clean up platforms like YouTubeand Twitter—especially when women are told that harassment is just a part of online discourse they have to deal with, and it’s impossible for platforms of that magnitude to police every bit of content. So MacKay is starting in her own comment section, just stripping away the gunk, though she stresses she still welcomes dissenting opinions. “You can have discourse without it being a trollfest nightmare from hell,” she says in a video clip.

“There’s a logical structure that you can fit comedy into and can fit satire into quite easily.”

More recently, MacKay joined forces with WhoHaHa, Elizabeth Banks’s female-focused comedy platform. She was approached to contribute before she even knew what WhoHaHa was; she just got an email with the subject line “Elizabeth Banks collab?” and assumed it was spam.

Thankfully she opened it because she’s done two videos with Banks, who MacKay says is “4,000 times funnier” in person, and WhoHaHa also curates some of MacKay’s videos from YouTube, as it does with other comedians and creators.

“You’re getting a cross-section of established female comics and comic actors and you’re also getting up-and-comers on YouTube mixed together in this playlist,” she says.

Indeed, WhoHaHa has put a spotlight on more established YouTubers like Hannah Hart and Akilah Hughes, but the platform has also been essential in elevating the voices of lesser-known creators like Hartbeat, Mo Welch, and Darmirra Brunson. MacKay wouldn’t be on the site if WhoHaHa hadn’t been keyed in to YouTube’s under-the-radar comedic talent.

“You can have discourse without it being a trollfest nightmare from hell.”

It’s too soon to say whether WhoHaHa could become something like AwesomenessTV, but in the meantime MacKay is working on creating potential TV projects for Canadian TV and bringing people together who want to #UnTrollTheInternet.

“I think the only thing to be done at this point is to try to create positive spaces on the platforms that women do visit and frequent,” she says. “And try to grow those spaces in a way that’s positive and create a section or slice of the Internet to have conversations and feel safe.”