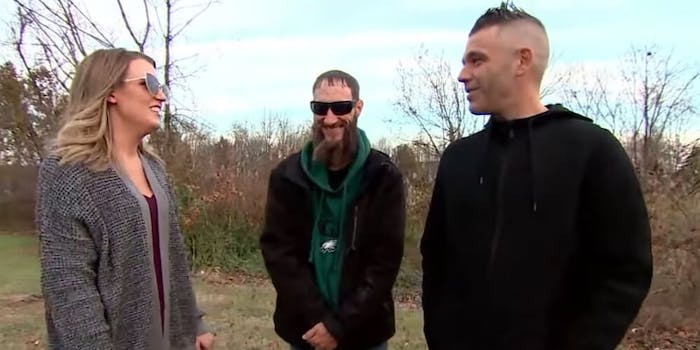 The alleged ringleader is the last of the three individuals to accept a guilty plea.

A New Jersey man who was the alleged ringleader in a GoFundMe scam involving a homeless veteran—a gambit that scammed donors out of more than $400,000—pleaded guilty for his part in the ruse, prosecutors said Friday.

Mark D’Amico accepted a plea deal to one count of misapplication of entrusted property, according to NBC News. He will serve a five-year term in prison and is expected to be sentenced in April.

“We are pleased that this defendant accepted responsibility for his role in this scam,” Burlington County Prosecutor Scott Coffina said in a statement.

D’Amico is the last of the three individuals involved with the scheme to accept a guilty plea. His ex-girlfriend, Katelyn McClure, and a homeless veteran, Johnny Bobbitt, already pleaded guilty to state and federal charges, according to the Associated Press.

In 2017, Bobbitt and McClure went viral after McClure alleged that he helped her get gas when she broke down on the side of the road while driving into Philadelphia. McClure said she noticed Bobbitt as she was walking to the gas station, and he purchased a can of gas for her with his last $20. The group used a feel-good story to solicit donations on GoFundMe, reportedly to help Bobbitt get back on his feet.

The scheme came to light, however, when Bobbitt sued the couple after he said he wasn’t able to access some of the hundreds of thousands of dollars raised. It was later revealed that the three had concocted the entire story and agreed to pull off the scam together.

“Do your research,” Coffina said in the statement, referring to future GoFundMe donor causes. “Make sure you are donating to a worthwhile cause.”