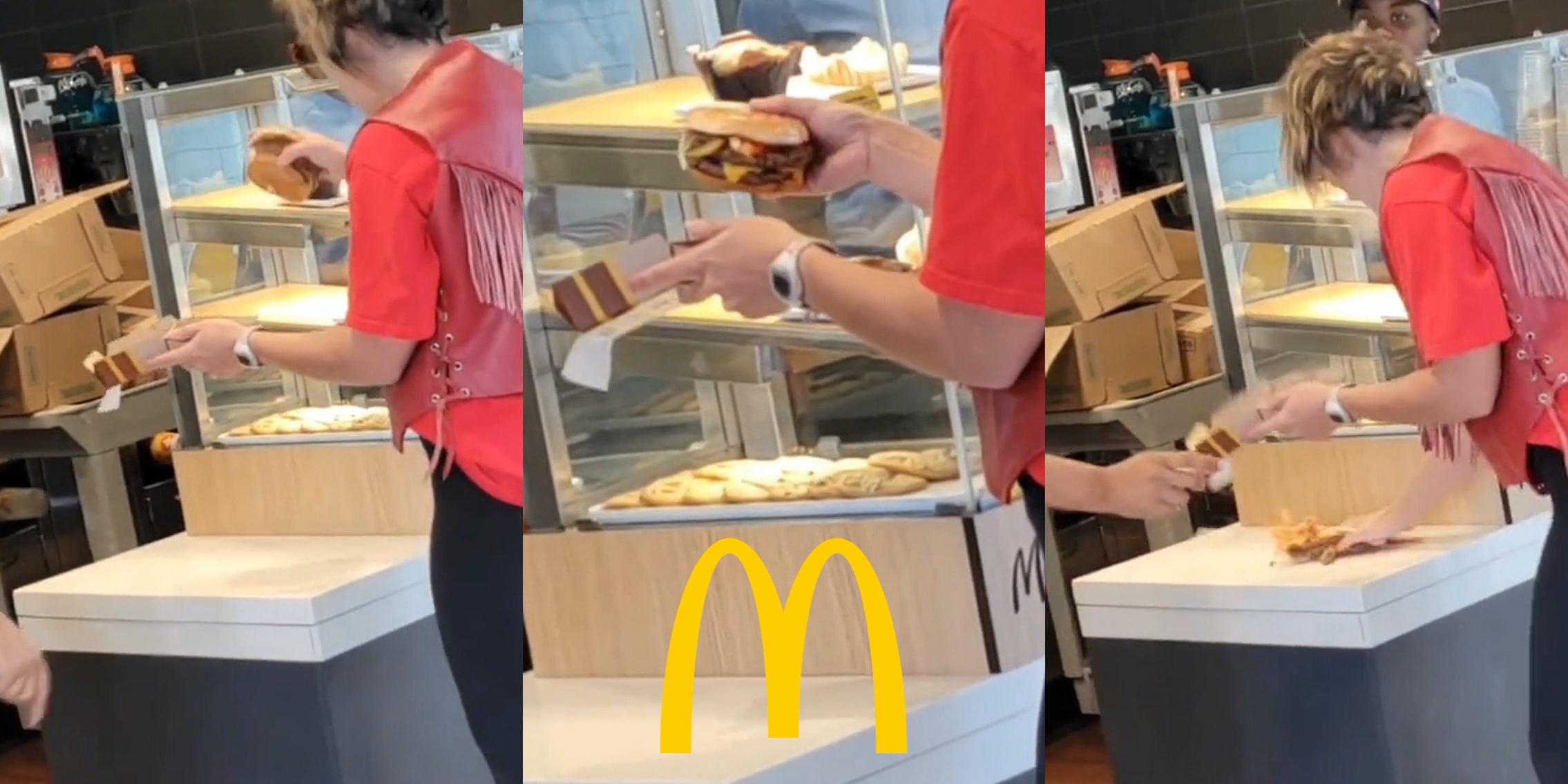 ‘Didn’t she ask for extra ketchup? Why is she mad’: McDonald’s ‘Ketchup Karen’ throws fit over amount of ketchup on her burger

In a viral TikTok video, a McDonald’s customer recorded a ‘Karen’ arguing with employees over the amount of ketchup on her burger.

The video was uploaded by user Evie (@eviemwrites), who notes that fellow user @prince_bren98 sent her the clip.

In the clip, a woman holds her burger container open, demanding to speak to a manager.

“I asked for extra ketchup, and I got—” the woman begins telling the manager, before raising her voice. “What is this? What is this?”

The woman then picks the burger up from the box and slams it on the table.

The employees try to respond to the women but their response is cut off by the woman. “Are you making fun of me because I’m on a diet?” she asks.

“Listen,” one of the workers says before the conversation is drowned in shouting from both the customer and the employees.

“Are you OK?” one employee asks the woman.

“I’m upset,” she responds, throwing her hands down.

Several workers then attempt to calm the woman down. “All of this wasn’t necessary,” someone says before the clip ends.

In the caption, Evie described the woman as “a rare Ketchup Karen in her natural habitat.”

The video has racked up over 112,000 views as of Tuesday, leaving viewers confused at the customer’s response.

“Didn’t she ask for extra ketchup? Why is she mad she got what she wanted haha,” one viewer asked.

“Why did she slam it down like that… why are people so crazy over NOTHING,”  second questioned.

However, a few viewers questioned the video’s authenticity.

“Sometimes I wonder with these are set ups…hard to believe people are that angry at the world,” one commented.

“This has to be satire. FR,” a second wrote.

“Is this real tho?” a third asked.

Others praised the manager for how she handled the customer’s reaction.

“Lmaooooo I love how the manager tries to keep it cute till the end. You’re not about to play with her,” one person commented.

“That manager was the BEST,” another echoed.

“The manager deserves a raise!! FOR SURE!!” a third stated.

The Daily Dot reached out to Evie and @prince_bren98 via TikTok comment and McDonald’s via press email.