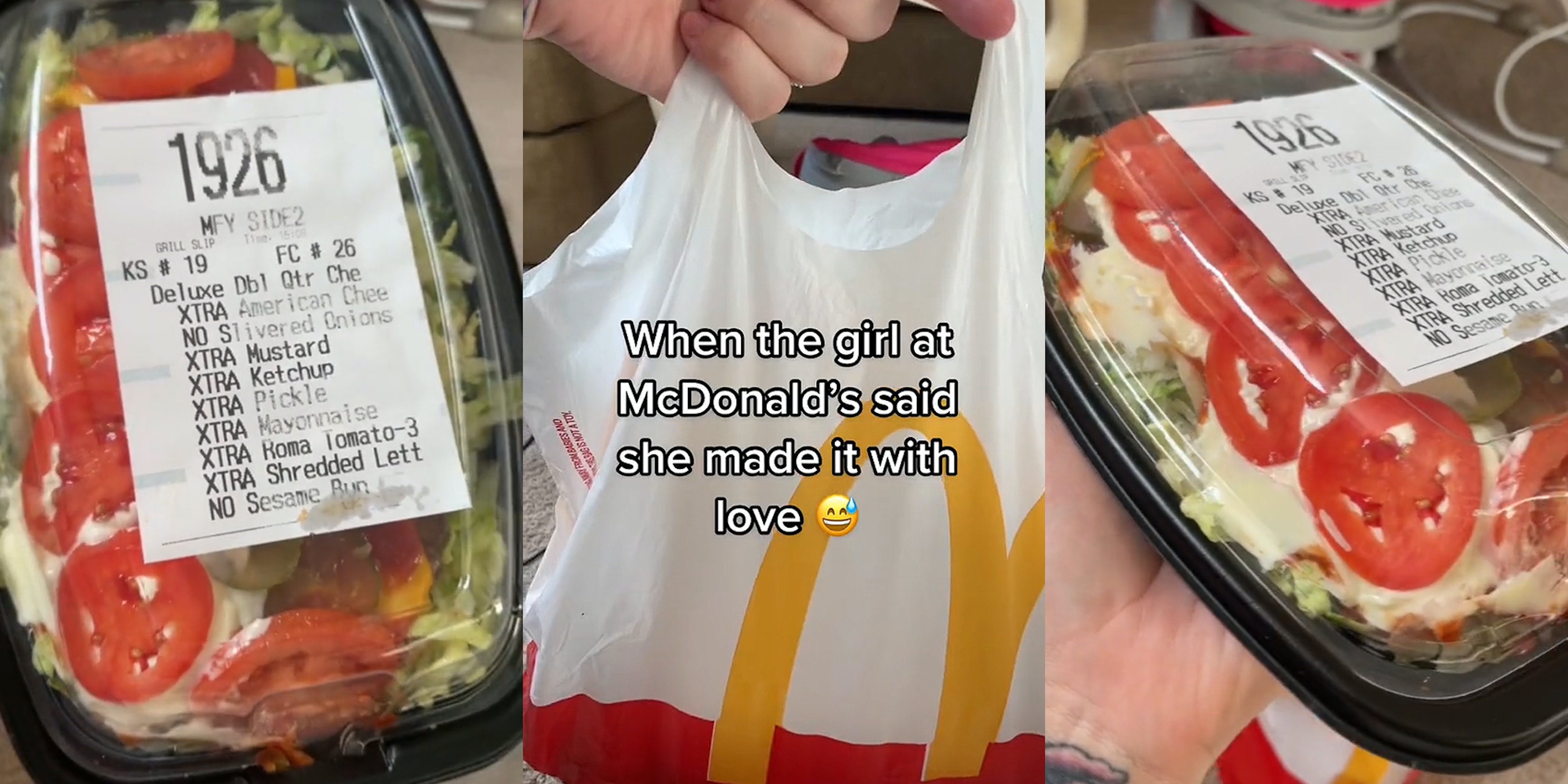 ‘Wait… They got this?’: McDonald’s burger salad divides viewers

A woman went viral on TikTok after revealing the concoction of a salad she ordered from McDonald’s. It’s a customer item that you can replicate.

Amber Rae’s (amber_rae55) order was officially a deluxe double quarter pounder with cheese with no onion and no bun, but extra everything. Even Amber was impressed with the end result, writing in the text overlay: “When the girl at McDonald’s said she made it with love.”

Amber provided context for her meal, stating that, “It’s a burger salad and it’s so good don’t judge me.”

The video garnered over 128,000 views since it was posted on Oct. 28, with many viewers raving about how good Amber’s salad looked.

“needa tour of the burger salad NOW,” a second said.

“Wait…they got this at McDonald’s?!” a third asked.

“The fact that your McDonald’s has salads and the ones around me don’t anymroe.. makes me so jealous,” a fourth commented.

Amber clarified in the comments how she ordered her “salad,” “Just ordered a quarter pounder deluxe, no bun, add extra lettuce and it became a salad.”

A couple of viewers asked how much her food came out to be and she replied, “This with my large caramel iced latte was about $11!”

However, there were people who criticized the concoction, claiming it made them “sick” by just looking at it.

“The amount of mayo,” one person criticized.

“This made me physically sick,” a second wrote.

“It is my sole responsibility to judge people on the internet and I am sorry I will not be stopping with you,” a third echoed.