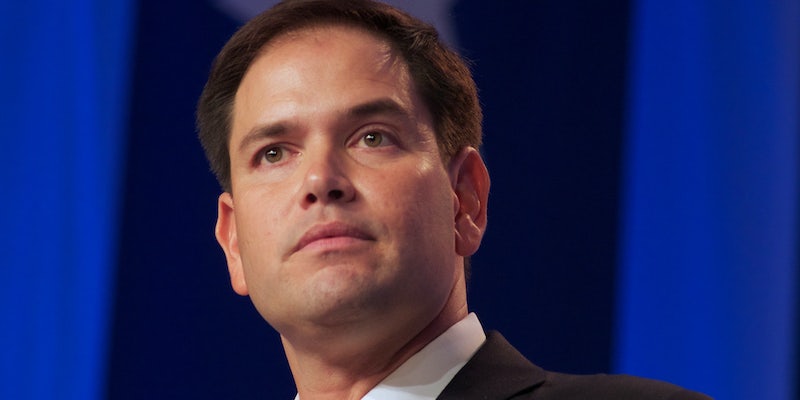 Marco Rubio evicted from Florida office due to rowdy protests

The landlord called the protests a security concern.

Marco Rubio needs to find a new place to work.

The Florida senator lost his Tampa office space this week after the building’s landlord evicted him due to a series of protests against the Republican lawmaker, which caused disruptions for other tenants, reports the Tampa Bay Times.

Rubio has to be out by Friday, and his team has yet to find new office space.

Protesters have repeatedly flooded Rubio’s office due to the senator’s refusal to hold a town hall meeting, which is a focal point in the grassroots resistance movement against President Donald Trump‘s administration and the Republican agenda. In lieu of a town hall, protesters have stormed his office, which was rented under a month-to-month lease, at least once a week for the past month.

“A professional office building is not a place for that,” Jude Williams, president of America’s Capital Partners, which runs the office space, told the Tampa Bay Times. “I understand their cause, but at the end of the day, it was a security concern for us.”

A Rubio spokesperson said in a statement that the senator is “actively looking for new office space, and our goal is to remain accessible and continue providing prompt and efficient service to all Floridians.”