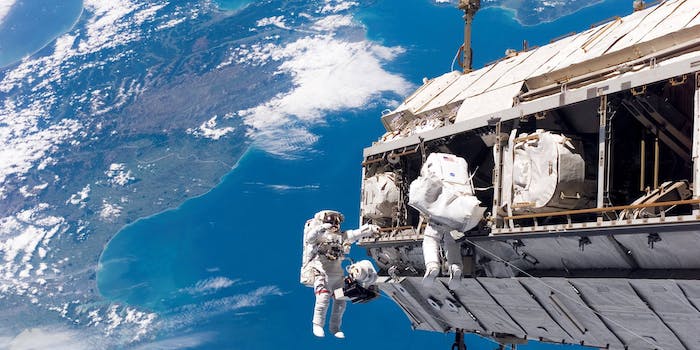 When you 'actually' a woman, reach for the moon—or delete your account.

One mansplainer decided to boldly go where no mansplainer has gone before: explaining physics to an astronaut.

But her accomplishments (or the fact that she was indeed an astronaut in space) weren’t enough for one man. In a now-deleted tweet, a dude going by the handle @caseyoquin explained to Meir what he called “simple thermo.”

Meir did not reply. The internet handled that for her.

did you forget yourself for a minute and think you were a legit astronaut? Lucky @CaseyOQuin is there to mansplain for you!

You are looking at your shoes. They spontaneously boil. A man says 'Just Simple Thermo babe.'

In response, @caseyoquin did what was most suitable, and deleted his account.