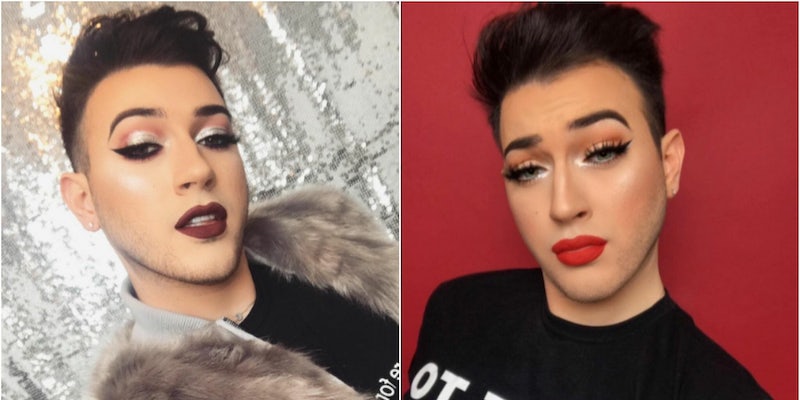 Manny Gutierrez clapped back at the insinuation he doesn't have a father.

Recently, beauty vlogger Manny Gutierrez was named Maybelline’s first male spokesmodel, following in Cover Girl’s footsteps to be more inclusive. While many people applauded the cosmetic company’s move to redefine what the makeup consumer looks like, a few were less supportive.

Conservative blogger Matt Walsh, for instance, was moved to write a post titled, “Dads, we can’t expect our sons to become real men if we don’t teach them how.” Continuing on his rant, Walsh then tweeted a photo of Gutierrez with a comment that insinuated the model must not have a father because of his unrivaled eye makeup skills.

Dads, this is why you need to be there to raise your sons. pic.twitter.com/8ybirgppKi

There is much to say about the fragility of masculinity in this day and age. There is a large portion of men (and women) who believe that “being a real man” means having to meet a specific image—straight, macho, imposing (not to mention, defensive about all of the above)—and when someone born with a penis says that image is not for me, the Real Men population is thrown off its axis and lets everyone know that their performance of manhood is superior to every other kind.

Gutierrez was more subtle and in his response to Walsh, though. “Being a man isn’t about how ‘tough’ or ‘masculine’ you are… it’s about taking care of the ones you love,” he tweeted.

Being a man isn't about how "tough" or "masculine" you are … it's about taking care of the ones you love.

And then he let him know that his dad is not only proud of him, he works for him.

Manny Sr. had a few things to say too.

My dad is a fucken SAVAGE, I can't with him ❤️ pic.twitter.com/iWceEmZ6L4

That 218k-liked, multi-supported clapback is the sound of “real men” gasping for their last husky, musky breath.