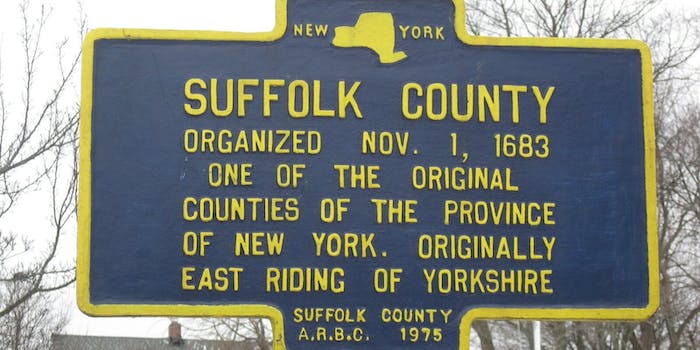 Police say 20 people were on the Zoom call.

A New York man was killed by his son while attending a Zoom call from a senior living facility on Thursday afternoon, according to multiple reports.

The 72-year-old man, identified as Dwight Powers by the New York Times, was on a Zoom call with about 20 people when the incident took place in Amityville, New York, at about noon on Thursday.

Some participants of the call may have witnessed the killing, according to the Times report. They reportedly saw Powers drop from the screen and then saw another man who was seemingly naked.

“Bedsheets were being ripped off the bed by a gentleman who appeared to be naked as well as bald and he had a tattoo on his left arm, and then he placed the bedsheets on the floor as if he was covering something up,” a witness told ABCNY on condition of anonymity.

The victim’s son, 33-year-old Thomas Scully-Powers, has been arrested and charged with murder. When police arrived at the scene, Scully-Powers reportedly slammed the door on them before jumping out of the window.

He sustained minor injuries from the jump, according to ABCNY, and was taken to Suffolk County Police Headquarters after being admitted at a local hospital for his injuries.

The participants on the call did not know where the victim lived, and it took them about 15 minutes to figure out his address, the Times report said. It’s not clear what the Zoom meeting was about, the ABCNY report said.

After the victim was stabbed, one participant called 911, but initially not knowing the victim’s information created a delay in police’s response, according to the Times.

Scully-Powers has been charged with second-degree murder. A motive has not been established.