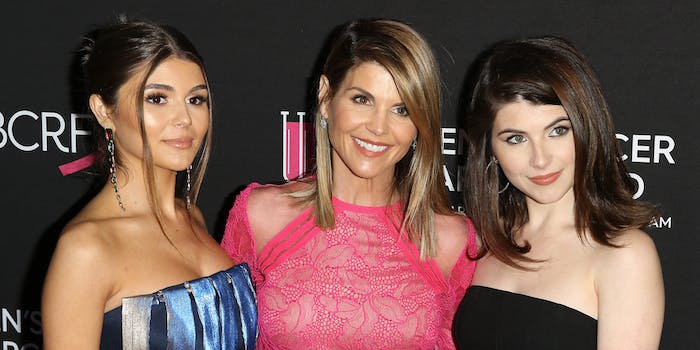 People are calling out her short prison sentence.

Loughlin and Giannulli were indicted in March 2019 after facing accusations that they paid a $500,000 bribe to get their daughters into the University of Southern California.

While they long maintained their innocence, earlier this month a judge refused to dismiss fraud and money laundering charges. On Thursday, the U.S. Attorney’s Office, District of Massachusetts, announced the plea agreement, under which Loughlin will serve two months in prison for conspiracy charges and pay a $150,000 fine; Giannulli will serve five months in prison and pay a $250,000 fine.

In a statement, United States Attorney Andrew E. Lelling said: “Under the plea agreements filed today, these defendants will serve prison terms reflecting their respective roles in a conspiracy to corrupt the college admissions process and which are consistent with prior sentences in this case. We will continue to pursue accountability for undermining the integrity of college admissions.”

On Twitter, people called out Loughlin for her privileged position and the short prison sentence in her plea deal.

Others think that Loughlin and her husband will get out of doing any prison time due to the coronavirus.

Loughlin and Giannulli are set to plead guilty in front of a judge on Friday. More than a dozen other parents are still set to face trial for their roles in the scam.