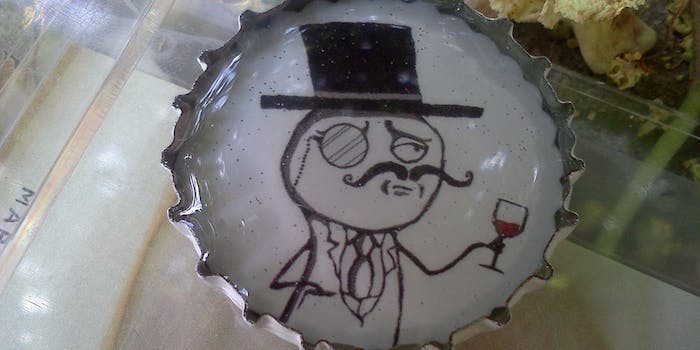 Does the FBI still need him?

It’s been an amazing week for hacktivism in general, with Chelsea Manning’s sentencing, the FBI hack, and now this. Sabu is without question THE “Most Wanted” Anon, although not by law enforcement, with whom he apparently continues to collaborate. His turning from AntiSec firebrand to FBI informant effectively ended LulzSec as an entity, and embroiled WikiLeaks in an elaborate (failed) plan to snare them paying for leaks.

This is the third time Sabu’s sentencing has been rescheduled.

Jeremy Hammond, a former AntiSec hacker, pleaded guilty to hacking government intelligence contractor Stratfor under Monsegur’s guidance, and had his sentencing pushed back from September to November. Each time Hammond’s hearings have been delayed, Monsegur’s have been delayed as well, and scheduled for a time after Hammond’s. Hammond is rumored to have passed WikiLeaks the hacked files for free, putting paid to the FBI’s plan to ask LulzSec for money, and thus catch them in a felony.

Pretty sure they’re just gonna keep postponing #Sabu‘s sentencing until they figure out a way to arrest the entire Internet. #AgentBoo

Hammond released a statement Thursday on his ex-colleague’s sentencing on FreeJeremy.net. It reads:

I write this in advance of the sentence of Hector Monsegur, aka “Sabu” – a former Anonymous comrade turned FBI informant – scheduled to take place on August 23, 2013. It is widely known that Sabu was used to build cases against a number of hackers, including myself. What many do not know is that Sabu was also used by his handlers to facilitate the hacking of targets of the government’s choosing – including numerous websites belonging to foreign governments. What the United States could not accomplish legally, it used Sabu, and by extension, me and my co-defendants, to accomplish illegally. The questions that should be asked today go way beyond what an appropriate sentence for Sabu might be: Why was the United States using us to infiltrate the private networks of foreign governments? What are they doing with the information we stole? And will anyone in our government ever be held accountable for these crimes?

Hammond’s sentencing, originally set for September 6, has been delayed to November 15. For obvious reasons it’s logical to expect that Monsegur’s sentencing hearing will not take place before then. And then the last of the infamous LulzSec crew—albeit the only one with character references from the FBI—will have faced justice.