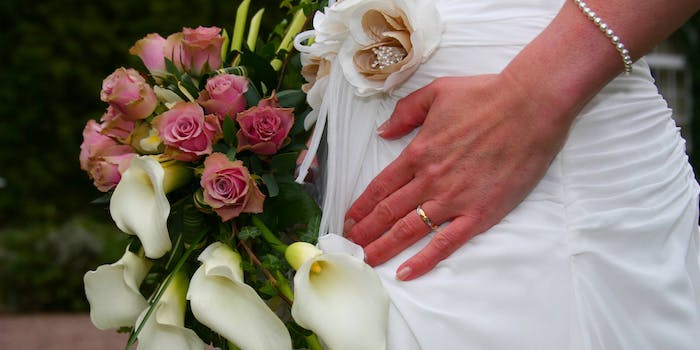 Not everyone is in love with the ‘Love Your Spouse’ challenge

If you are Facebook friends with anyone who is married, chances are you’ve seen the #loveyourspouse challenge. The idea is to post one photo that embodies your love for your wife or husband every day for a week. Then you tag other people and the challenge goes on and on and on and on.

Viral easy-enough-to-do challenges aren’t new to Facebook. There was the infamous ice bucket challenge and the Kylie Jenner lip challenge. And there are the perennial ab challenges or workout challenges, and there is even a #loveyourkidschallenge, although that is not quite as popular.

A quick Facebook search reveals that over 100,000 people are using the #loveyourspousechallenge, and Instagram shows over 30,000 posts with the hashtag.

Day 3 of the Love Your Spouse Challenge I was nominated to post a picture with my spouse for 7 days and tag people each day to keep the celebration of love and promotion of marriage going. One of the happiest days of my life is when I married you. #loveyourspousechallenge #loveofmylife #marriedlife #sahm #wahm #momboss #fitmom #fitmama

Day 1 of #loveyourspousechallenge I am a very quiet and reserved person most of the time, but Morgan brings out my inner goof. He makes me laugh ALWAYS! Engagement picture out takes to prove it! Thank you @gp_soundslikejeepney for challenging me!! Future newlywed @bretagey I am challenging you now!

But not everyone is participating. Writing for the Kansas City Star, Sherry Keuhl noted that when she declined to do in the challenge, she was bombarded with messages on social media accusing her of cheating on her husband.

Now, some people may find very personal marital over-sharing on the internet as uplifting. I think it’s silly and uncomfortable. To me, love means never having to talk about your “deep passion” for your spouse online.

As luck would have it, in the last week I received three requests to take part in the “Love Your Spouse Challenge.” I responded each time with a thanks, but no thanks. This resulted in me getting emails asking if my “marriage was okay?” I typed back, “LOL yes it’s fine. I just don’t want to do the challenge.”

A couple of days later, I found out that I’m now on two Dallas Baptist Church prayer lists regarding my marriage. Sigh.

Keuhl responded by changing her Facebook profile from “married” to “in an open relationship.”

Other people, like Wendi Aarons, a writer and humorist, posted a picture of herself with an old-timey bearded man and a donkey.

Others are posting pictures of themselves with steak or Taco Bell.

#LoveYourSpouseChallenge Never believed in love at first sight until I met her!! pic.twitter.com/StE9Xi1u7O

And, of course, Rupert Grint.

#loveyourspousechallenge day 3. this is my 3rd husband Rupert Grint. He's ginger and magical and kind to my cats. pic.twitter.com/NsWTf6U3Jg

A blogger for Michforniagirl.com wrote a now-viral response to the #loveyourspousechallenge by posting pictures of herself and her husband fighting in the car and trying to decide who gets to wake up with the baby. She argued that Facebook only shows the best five percent of a person’s life and that the #loveyourspousechallenge wasn’t an accurate depiction of anyone’s union.

Let’s keep it real for a minute. These chain letter “challenges” are spiraling out of control, and I don’t think I can partake in this one. Not the way I’m supposed to, at least. We have the airbrushed wedding pictures and the beaming, sparkly selfies—but I’d have to post something beyond our best five percent, because that’s not really how our union looks a lot of the time.

Divorced. Gonna start a "Love your snack" challenge on facebook, I think. ;-) #loveyourspousechallenge

Which is something I think we can all get behind.