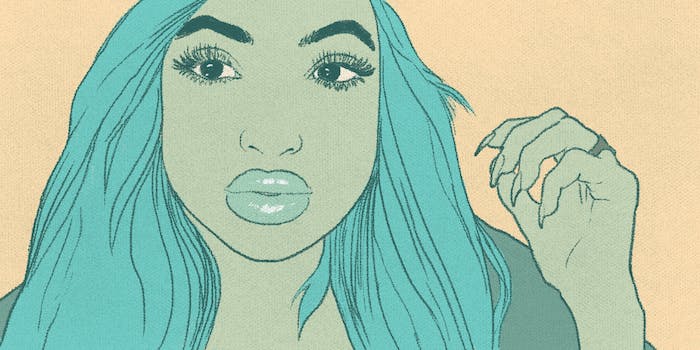 The results are terrifying.

Kylie Jenner‘s mouth has gotten a lot of attention in the past year. Although the model claims she hasn’t had any work done, it’s hard to deny that her lips are looking plumper as of late.

Inspired by her trout pout, Jenner’s fans have uncovered a strategy for getting fuller lips: sucking on bottle caps or shot glasses to drain the air out of their lips and make them look plumper.

The technique (if one can call it that) is pretty straightforward: Put a small cup over your lips, suck in to get all the air out, and wait until your lips start to swell up. The #KylieJennerLipChallenge is blowing up on Twitter, with teens posting photos from tutorials that promise plumper puckers.

Teens have been posting their “before” and “after” shots on social media. Some of the results are disturbing, to say the least.

For the record, there are far less painful ways to achieve plump, Kylie Jenner-inspired lips without literally sucking the air out of them. There are also a number of makeup tutorials that teach you how to apply lipliner to achieve a similar effect.

Or you could just suck on a bottle cap and make it look like your lips are two Babybel red wax wraps. Either one.