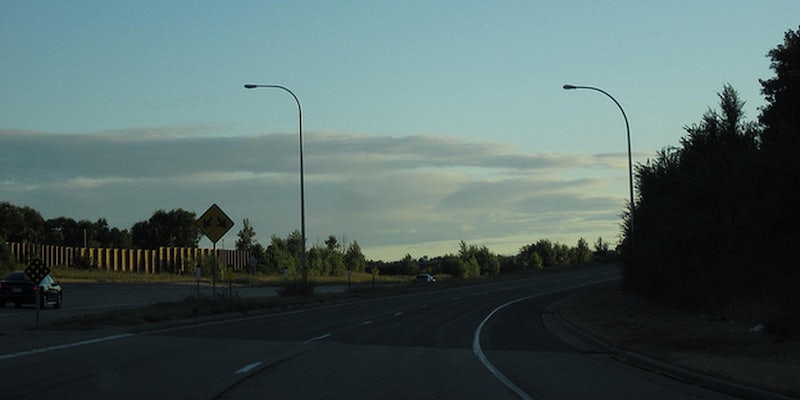 Driver who hit and killed a Black man, then Snapchatted racist slurs, cleared of all charges

The driver joked about killing the man with his truck.

A young white driver who fatally hit a Black man on a Louisiana highway has been cleared of all charges, according to the Root.

The collision that led to the death of 31-year-old Sherell L. Lewis Jr. happened in May when he pulled over to the side of the highway and got out of his car to pick up debris that was on the road. Matthew M. Martin, 18, hit Lewis with his pickup truck, and Lewis was later pronounced dead at a local hospital.

While tragic accidents like this happen often, it was Martin’s behavior on social media following the accident that has garnered the case national attention. In one message Martin says, “y’all i just hit a whole guy on the highway” along with three crying emojis. He also referred to Lewis as “some n*****” and seemed most concerned with the damage to his vehicle. When the person he’s messaging with asked if Lewis died on impact, Martin jokingly replied “yes sir” with a laughing-crying emoji, then clarified that Lewis actually died on the way to the hospital.

A friend was killed today. Struck by a truck helping someone with a matress that fell off their truck. The man that hit him said this. This is Leesville, La @ShaunKing @angela_rye @tariqnasheed @deray @thecoreyholcomb pic.twitter.com/UUHlaAxR2n

In light of the messages, the #Justice4Rell hashtag was born, calling for a thorough investigation and justice for Lewis, who had celebrated his 31st birthday on the same day he was killed. People in his community shared their memories of him and expressed shock that his life had ended at the hands of someone so callous.

The police department of Vernon Parish, Louisiana, conducted an investigation and released a statement this week with its findings. The department cleared Martin of all fault in the crash, citing that he was going the speed limit and was also not on his phone at the time of the accident. Sheriff Sam Craft acknowledged the social media posts, saying they were “morally and socially unacceptable,” but that they did not violate the law. Lewis’ family has said they will be pursuing the case in civil court.