This is how the actress feels about the speaker's plans to defund Planned Parenthood.

At a glance, it’s easy to miss. The floral pattern of actress Lola Kirke’s Golden Globes gown is not only feminine simplicity, it’s camouflage for what is sure to be the hottest accessory for anyone who wants affordable healthcare: a “Fuck Paul Ryan” pin. 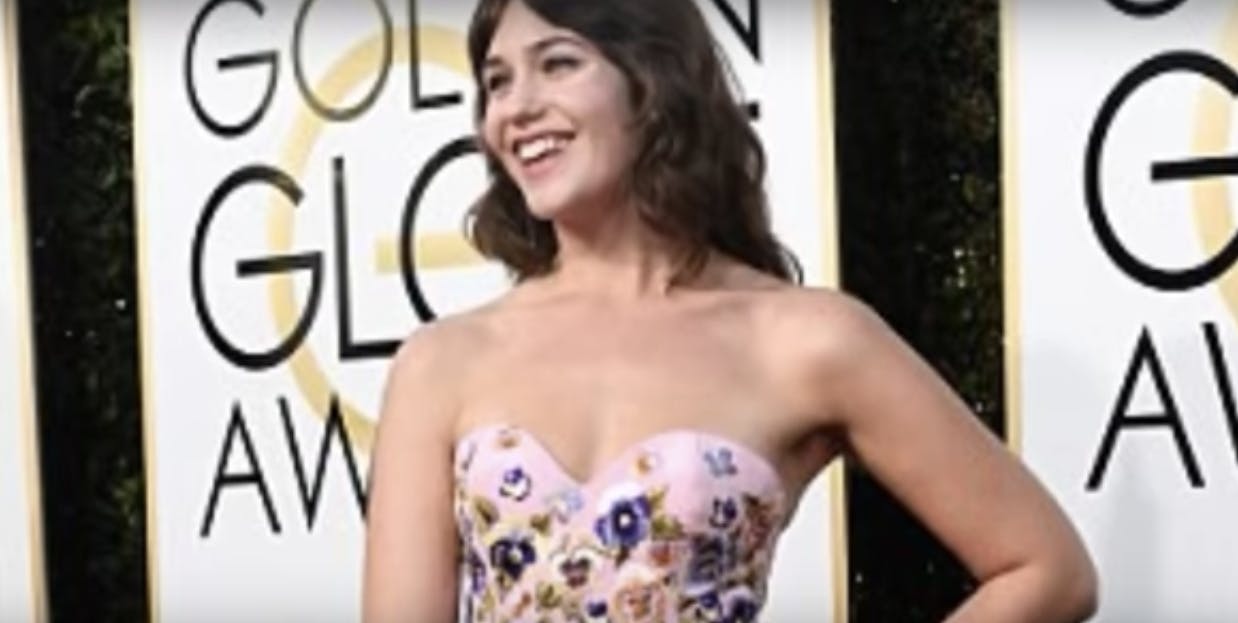 The Mozart in the Jungle and Gone Girl actress told Elle, “Paul Ryan is talking about defunding Planned Parenthood. I think that, along with a number of other decisions that are being talked about being made by the new administration, is atrocious. As a person with a platform, no matter what size it is, I think it’s important to share your views and maybe elevate people that might agree with you, that maybe won’t feel like they can have the same voice.”

Kirke also made clear it’s “her body, her choice” when she appeared on the red carpet with unshaven underarms, much to the pearl-clutching fashion fogies who wrote headlines about it.

WHY IS THIS NEWS???? Lola Kirke didn't shave her underarms for the Golden Globes https://t.co/6AZsUZbyc7

Though the button was made by Kirke’s stylist and her son, Transparent creator Jill Soloway was also spotted wearing a hot-pink version at a Globes after-party.

Let’s hope this isn’t a trend we have to keep seeing year after election year.