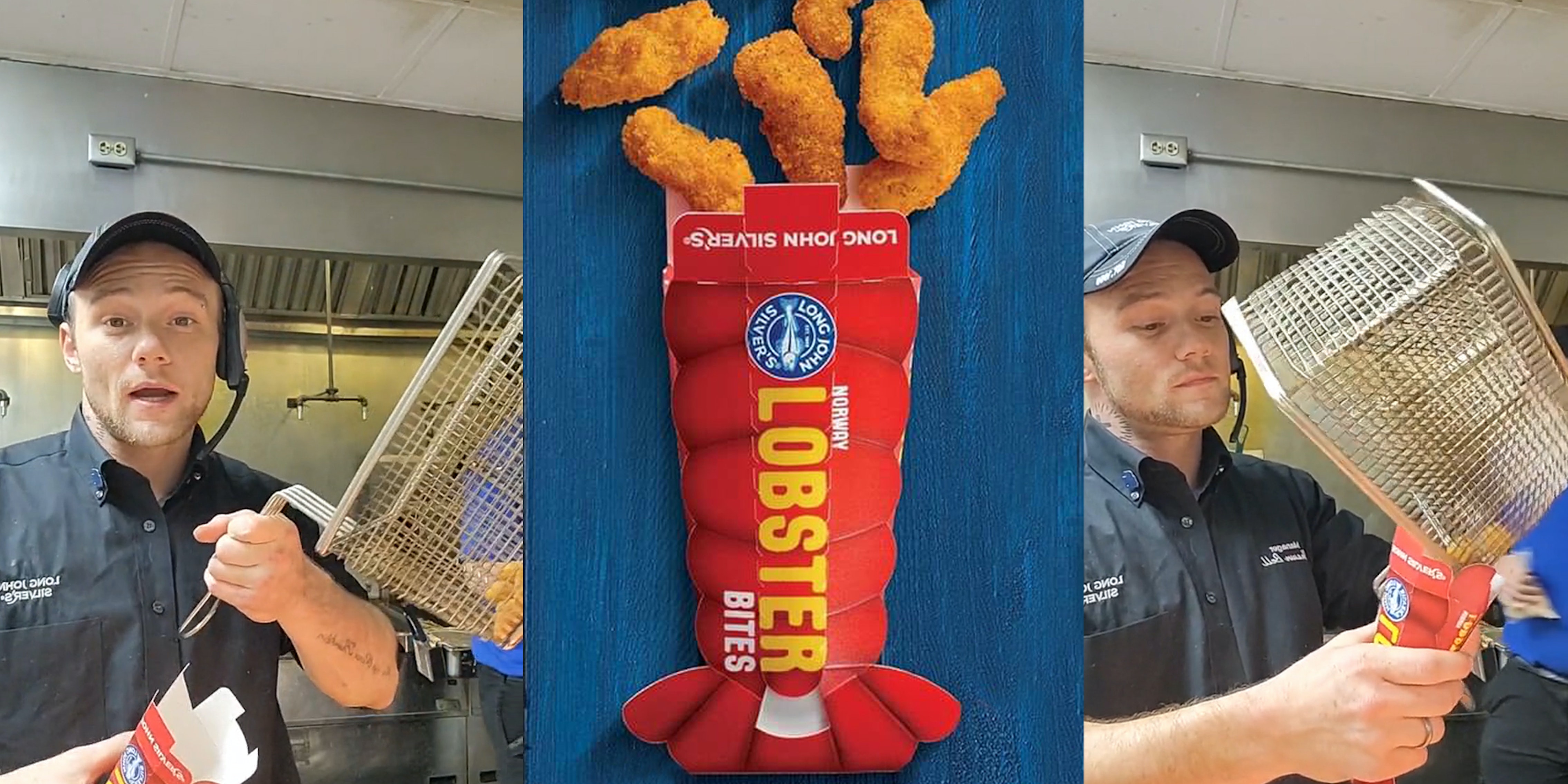 A Long John Silver’s employee is putting the debate over Lobster Bites to rest.

In October, a TikTok went viral for suggesting the fast-food restaurant’s containers of Lobster Bites are actually made up largely of crispy crumbs rather than lobster meat coated in breading.

@shawn_reedbell responded with a video of his own while working in the kitchen at Long John Silver’s, suggesting the crumbs are just a bonus.

“It’s all measured,” he says, pouring a basket of Lobster Bites into the container.

He points out that after doing so, there’s still some room in the container, so that’s why they add the extra crunchy crumbs to pad it out.

“Don’t cry about the crumbs,” he adds.

The original complaint video prompted a number of people to point out that lobster is pretty expensive and getting around eight Lobster Bites for just a few dollars shouldn’t be that surprising.

Viewers of @shawn_reedbell’s TikTok expressed their enjoyment of the crunchy bits and an appreciation for their inclusion.

“The crunchies are the best part,” @speedy.gz wrote.

“I cry that there aren’t enough crumbs… In the 90s they always gave you a deep bed of fried bits,” @kingkellycomedy added.

While the crispy crumb to Lobster Bites ratio in the package might initially be surprising to someone who is ordering them for the first time, if it’s the way they are purposely put together, at least everyone on TikTok now knows what they’re getting into if they stumble across a Long John Silver’s out in the wild and decide to scoop up some cheap bits of breaded lobster tail.

Update 3pm CT, Nov. 7: “Seeing the post about the lobster bites set me off because it’s not accurate,” @shawn_reedbell told the Daily Dot, explaining that the Lobster Bites are measured out into each container by the ounce. “People get crumbs with everything they order. Then complain if they don’t get them. So people don’t wanna open the lobster bites…and see any open space, so why not add some crumbs to fill the pack?”