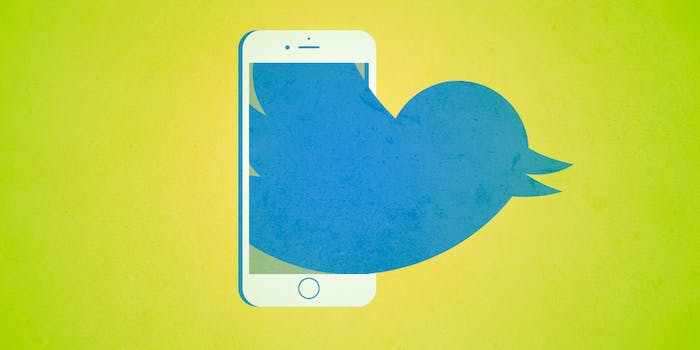 #LGBTQHatesTrumpParty is over the Republican candidate’s pandering

The hashtag has been trending worldwide.

Sage Alston is 19-year-old who hopes to raise enough money to go to college in the fall. He also goes by the handle @MADBLACKTWINK. So when he saw Donald Trump’s tweet about the Orlando shooting yesterday, he was, well, mad.

Alston told the Daily Dot through direct message, “I started the hashtag because, with the recent events that happened in Orlando, political leaders such as Donald Trump has used it to his advantage to exploit the LGBTQ [community] to push his anti-Muslim agenda, when he hasn’t stood for us before, made no relief efforts, just a proposed ban on Muslims.”

Alston started #LGBTQHatesTrumpParty on Tuesday afternoon, and by Tuesday evening, it was the No. 1 trending hashtag on Twitter worldwide.

Actual footage of me leaving the booth after voting for Hillary #LGBTQHatesTrumpParty pic.twitter.com/38CQfvaNQy

Alston hopes the hashtag sends an important message to Trump and other politicians who offer their sympathy for Orlando but have a history of opposing LGBT rights. “Don’t selectively care about our struggles to promote your personal and political agenda. We’re not a card you can use, or a way to gain votes, and we are not your platform for hate.”