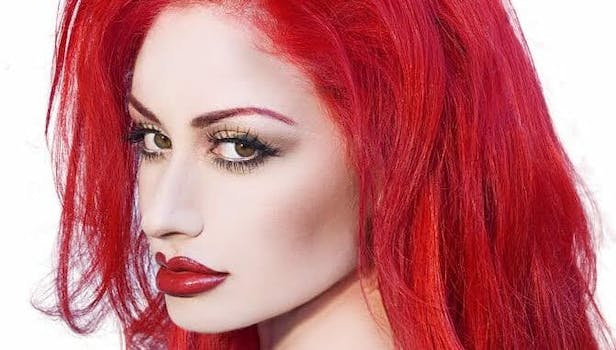 Meet the woman seeking justice for every stalking victim who's ever feared for their lives.

On Dec. 6, things started the way they usually do for Lenora Claire. The 37-year-old casting director checked her email and was greeted with a deluge of messages from Cloud Starchaser. Depending on his mood, Starchaser, née Justin Massler, would ramble on about a range of topics: from honoring her as a supreme being who should fight ISIS, to blaming her for Caitlyn Jenner being transgender, to threatening to rape and kill her using Zyklon B. Then, of course, there were his musings that he was Blue Ivy’s “soul father.”

Claire had no desire to begin her day with this horrific correspondence, but in order to take out her dog, Nomi, she had to use the IP address connected to these emails to trace 34-year-old Massler’s whereabouts and make sure he was nowhere near her Los Angeles home. Avoiding surprise is essential for Claire, who has been stalked by Massler for more than six years. But, as much as her life experiences have numbed her to the unexpected, she was indeed caught off guard when that morning’s walk was interrupted by a call from the LAPD, who had the Secret Service on the line.

In a twist of perverse luck, of the more than a hundred people Massler stalks, Ivanka Trump figures as high on that list as Claire. When Trump won the election, he was no longer just harassing a celebrity, he was threatening the president’s daughter, and showing up a block from Trump Tower was a big no-no. Massler was apprehended and transferred to Bellevue Hospital, where it was discovered that he was actually on the lam—he had escaped from a mental health facility in Nevada just a few days prior. The Secret Service wanted to make sure Claire was apprised of the situation.

“So I’m thinking, I’m the one person to benefit from Trump’s presidency—I’ve won the stalking lottery,” Claire says. “Because I share a stalker with his daughter, I thought, I’m going to finally get some relief.”

Unfortunately, Massler was released just six weeks later. That’s because although a stalker may threaten to hurt or kill their victim, even if it’s someone as high profile as Trump, it’s typically considered a low-level crime and most often labeled a misdemeanor. Since no physical harm is inflicted, law enforcement rarely elevates it to a felony. Psychological damage doesn’t figure into their picture.

“The thing with stalking is it affects 7.5 million Americans, but people don’t understand these crimes because you only hear about it in the news with celebrities,” Claire explains. “So they don’t understand that it’s also very much real people, and that with the incidence of social media, people are creating false attachments to us all the time, so it’s only going to rise.”

Today I not only proposed legislature but an idea I had to create a digital data base where victims of crimes would be able to track their case and it's developments online and hold law enforcement and everyone involved with the process accountable. If Domino's can track my pizza online, why can't I track something so significant? Congressman Schiff is amazing and it was fascinating getting to meet with the district attorney and city attorney #losangeles #redhead

Massler, who has been clinically diagnosed schizophrenic, actually discovered Claire offline, through an article in the LA Weekly, honoring her as one of its people of the year for her curation of avant-garde and provocative art shows, including one that featured nude paintings of the Golden Girls. At the time, she had just opened her second gallery and he showed up to an event wearing a spacesuit.

She was amused, and they chit-chatted for a little bit about graphic novels and how he thinks she looks like Jessica Rabbit, which isn’t far off the mark—with fire-engine red hair and a naturally large bosom, it wasn’t anything she hadn’t heard before. Then, Claire says, it was as if she could see the switch flip. “He looks me right in the eyes, and I’ll never forget it, he goes, ‘I wanna stalk you,’” she recounts.

And so it began. While the majority of stalking incidents stem from domestic situations gone wrong, that evening is the only time Claire has been in the same room as Massler. Which doesn’t make the situation any less serious—he’s managed to infiltrate and terrorize every aspect of her life through emails, texts, letters, tweets, Facebook messages, and YouTube videos. He’s even created websites dedicated to her, filled with graphic and detailed rape scenarios. She lives in a constant state of anxiety, in fear of the day Massler’s threats become more than just words.

Like most other victims who hesitate to report the harassment, Claire waited four years before taking action. It was only when Massler threatened to kill her boss that she decided enough was enough.

“I go to the Northeast Division of the LAPD, I walk in with a ton of evidence from someone that’s making credible threats with a history of stalking. I think this will be a slam dunk, and they look at me and they victim blame me, they victim shame me,” she says. “They say, ‘If you dye your hair maybe you won’t get so much attention.’ Then they tell me to get off the internet if I want him to leave me alone.”

Regrettably, this is not an uncommon reaction, as law enforcement is largely ill-prepared to deal with stalking cases. It’s a situation that’s incredibly frustrating for Rhonda Saunders, a former Los Angeles district attorney who wrote the state’s first stalking laws in the early ‘90s, which were also the first in the country.

“The laws are sufficient,” says Saunders, who’s been an invaluable mentor to Claire. “The problem is that years ago we had a stalking unit in the D.A.’s office, and a lot of our time was spent doing training. That is not happening anymore. So police agencies are not taking stalking as seriously as they should, and they’re sending it to a city attorney for a misdemeanor filing when it could be filed as a felony.”

Now, Claire’s picked up the torch. Unwilling to tuck tail and quietly fade away after being dismissed by the police, she got pissed and got loud. She took her story public, and has since been featured on Crime Watch Daily, 48 Hours, Vice, Jezebel, and Ms. magazine, to name a few media outlets. Her case has also been featured in the Harvard Journal of Legislation and her concerns have been brought before the Department of Justice by Rep. Adam Schiff (D-Calif.).

“You cannot dispute that people are listening,” Claire says. “Are they ready for change? I believe so.”

Which is why she’s not toning it down, she’s just getting started. Not only does she want to empower other victims and give voice to this overwhelmingly female-victim and underserved crime, but she plans to enact change on a national scale.

With the incredible Congressman Adam Schiff working on improving stalking laws filmed for an upcoming episode of 48 Hours.

First things first, with the help of both Schiff and Saunders, she wants to pass a law that will allow restraining orders to be served electronically, via email. That’s because when a victim gets a restraining order, it’s meaningless unless the document is physically served, a task that can prove difficult as many stalkers lack a permanent address.

Next, Claire plans on putting forth an initiative to create a federal stalking registry that would hold convicted stalkers accountable by requiring them to notify their place of employment and residential neighborhood. It would also serve as an effective tool to bridge the gap between state agencies, which often fail to communicate with each other.

“I would love to see a national directory of convicted stalkers because we know stalkers cross state lines, and sometimes they’re in other countries and they’re stalking people here [in the U.S.],” Saunders explains.

But because a prison sentence often does little to dampen a stalker’s obsession, especially if they are mentally ill, Claire’s plan of action extends to beyond time served. After a victimizer is released, it’s not uncommon for the stalking to begin again, if it ever even stopped. When Massler first began harassing Claire in 2011, for instance, it was via letters from Rikers Island Prison.

“Let me be very clear about this, stalking is terrorism to an individual,” Claire says. “This is domestic terrorism catered to one person.”

As such, one of her ultimate goals is to pass an initiative that would require those with a stalking conviction or who are on probation to wear an ankle monitor, which a victim would be able to track via an app on their phone. If this seems drastic, Claire is happy to paint you a picture of why it’s necessary.

Every single day women contact her through both Facebook and her website asking for advice, which Claire is honored to give. She regularly helps others obtain restraining orders, and says she’s seen people get so intimidated by their assailant while waiting for their case to be called that they just walk out of court. One time, she encountered a woman with two black eyes, holding a baby, an image that haunts her to this day. Forget how difficult Massler made her life; she’s tired of victims being systematically failed at every step along the way.

“When you’re being stalked, it feels like you’re being held under water. You’re screaming and nobody’s hearing you,” she says. “You’re being strangled and you’re just like, ‘Someone, help me.’”

Claire knows she’s taking a big bite, but after years of Massler’s bullying, a challenge like this is the last thing that’s going to intimidate her. She’s positive that even if she only accomplishes a fraction of what she intends, the ripples of change will be worth it.

“There are just certain things in life where it’s bigger than you, and that’s what this crime is,” she says. “Yes, it’s happening to me. Yes, it’s completely affected my life. I don’t get to do things that women my age can—my life is completely changed—but it’s bigger than me, much bigger than me. You look into the faces of these people whose lives have been completely destroyed and you just think, we can’t live like this.”