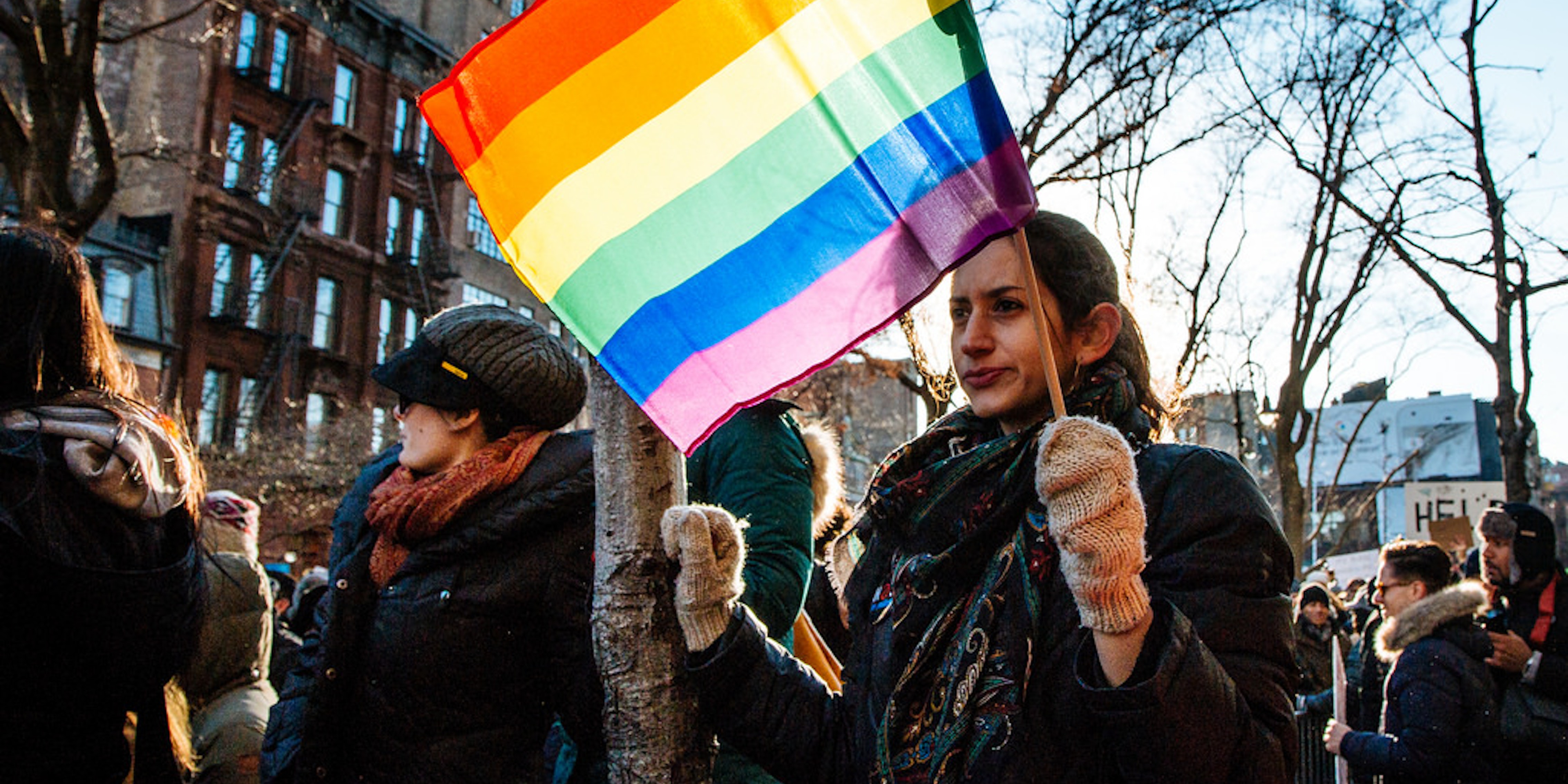 Transgender rights activists are outraged after a New York-based, left-wing conference announced it would be hosting a panel claiming pharmaceutical companies are funneling money to the transgender community in exchange for life-long patients. And while the panel has since been removed from Left Forum, its organizers are eager to bring the discussion somewhere else.

The controversy began on Sunday after activists found the panel “Misery for Profit/Who Is Funding the Transgender Movement and the Impact on LGB” on Left Forum’s official website. The panel, hosted by three queer women, argues that pharmaceutical and biotechnological companies are bringing “immense funding” into the transgender community, and that “the corporately controlled media is… blocking any alternative to the pro-trans propaganda now being disseminated.”

The panel also argues that trans rights are “not in fact a civil rights issue,” but rather an attempt to “control homosexuality, reinstate male supremacy, and utilize gay children” for “scientific experimentation.” One anonymous activist with the Red Bloom collective and Queer Workers Project was particularly surprised by the panel’s statements, comparing it to the anti-vaccine movement.

“I was a bit blown away that the ‘Misery for Profit’ panel… rather loudly invoked bizarre anti-vaxxeresque conspiracy theories connecting the so-called ‘trans lobby’ to Big Pharma and ‘male supremacy,'” they told the Daily Dot. “And if you look at the FB and Twitter pages of some of these TERFs [transgender-exclusionary radical feminists] you’ll see that they routinely traffic in these reactionary conspiracy theories.”

The panel was quickly met with backlash from transgender rights advocates across the internet, calling the conference a transphobic conspiracy theory established by TERFs. Some users turned to Twitter and Facebook, engaging with Left Forum and encouraging the organization to shut down the group. Left Forum later complied, calling the panel’s inclusion an “error” and apologizing for its acceptance.

Still, many are upset by Left Forum’s oversight. One anonymous activist even claimed the conference was allowing “vile, disgusting transmisogyny” to be posted in the apology’s comments section. The Establishment’s Sam Riedel feared that, if the panel remained, then its arguments may have been used to enable and condone transphobic sentiments among progressives.

“The abstract read like a bunch of conspiracy theorist and TERF cliches cut up and pasted together into a paragraph,” she told the Daily Dot. “But I think that under that mockery was my concern as an activist because I don’t know how many people on the radical Left take this absurdity seriously.”

Perhaps many do. Removing the panel only outraged TERFs, with many complaining about the decision across Twitter, Facebook, and Reddit. One of the panel’s speakers, Taylor Fogarty, was particularly upset. She claims the panel wasn’t an attack on transgender peoples’ rights. Rather, she called it a “critical discussion.”

“People tend to take any form of critical discussion as an attack on their personal civil rights when I don’t know anyone who’s trying to take away rights,” Fogarty told the Daily Dot. “It’s so important to be able to discuss critically, and all I’ve been met with from the ‘progressive left’ is death threats and slurs. You have to wonder then who is interested in taking away rights.”

But as Riedel points out, exclusionary beliefs can plant seeds in listeners’ heads, reinforcing transphobia with conspiracy theories, and motivating them to hate trans people if they live in ignorance.

“The problem isn’t that Left Forum endorses the views of all their panelists—that would be impossible,” Riedel said. “It’s that by hosting TERFs, groups like Left Forum tacitly say ‘these are ideas that more people should be seriously considering’… This is how extremists get ideas for hate crimes.”

“‘Debate’ requires the assumption of good faith, something TERFs have never had,” they told the Daily Dot. “They peddle their easily disproven lies in order to justify and to expand state and social violence against trans women specifically and trans people more generally, in the form of prison abuses, bathroom bills that close trans people out of public life, restricted access to services for survivors of sexual and domestic violence, etc.”

This isn’t the first time that Left Forum has hosted speakers whose values significantly contrasted with the left’s intersectional beliefs. Red Bloom collective activist and International Women’s Strike organizer Kate Doyle Griffiths is a former speaker at Left Forum who claims that the event has previously invited TERFs, 9/11 conspiracy theorists, and antisemites into the event. Now that Left Forum is under new management, she hopes the forum will become a more serious space against right-wing ideology.

“I’m glad to see that this and another panel featuring openly right-wing speakers has been canceled,” she told the Daily Dot. “Left Forum has been a space where activists and intellectuals from New York and around the world can connect and develop ideas for building solidarity within and between social movements. TERFism is the opposite of solidarity; its goal is to pit (cis and trans) women and non-binary people who have quite a lot in common against each other.”

Regardless of the backlash, Fogarty told the Daily Dot that the panel will most certainly happen, even if it won’t be at Left Forum. If so, activists will be ready to fight it again.

“I do think it’s important to take a clear stand that TERFism is not compatible with a left-wing, working-class feminism,” Griffiths said. “In this case, the TERFs did our job for us by discrediting themselves.”

Editor’s note: The quote above has been clarified to show Griffiths was referring to TERFs, not Left Forum.