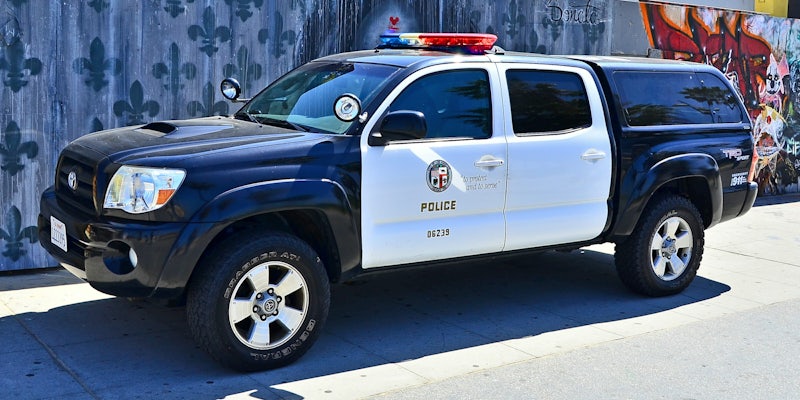 The officers likely didn't realize they were being recorded.

Earlier this year, Officer Samuel Lee arrested 52-year-old Ronald Shields on charges of felony hit-and-run, possessing cocaine, and having a gun stored in his trunk. According to both a police report and his courtroom testimony, Lee claims he found cocaine in Shields’ left front pocket while arresting the suspect. But body camera footage, played in court Thursday, appears to show fellow officer Gaxiola (no first name has been released) planting evidence at the scene.

According to CBS-LA, after Gaxiola found Shields’ wallet in the street, he took it and placed a small cocaine bag into the wallet, motioning to Lee as he puts the evidence inside. The entire scene takes place in the 30 seconds before Gaxiola turned on his body camera again, which was pre-recorded without audio, most likely with neither officers’ knowledge. Lee claims the drugs fell out of Shields’ pocket, but Shields’ attorney thinks Gaxiola planted the drugs on the ground and pretended to find cocaine in the street.

“There’s a little white square here in his hand,” defense attorney Steve Levine told CBS-LA, pointing to Gaxiola in one of the body cam videos. “I believe the video shows that the drugs were originally in his right hand and he transfers them to his left hand.”

When asked by CBS-LA reporter David Goldstein, both Lee and Gaxiola refused to comment. Shields’ hearing will continue next month, although it remains unclear if the narcotics possession charges against him may be dropped.