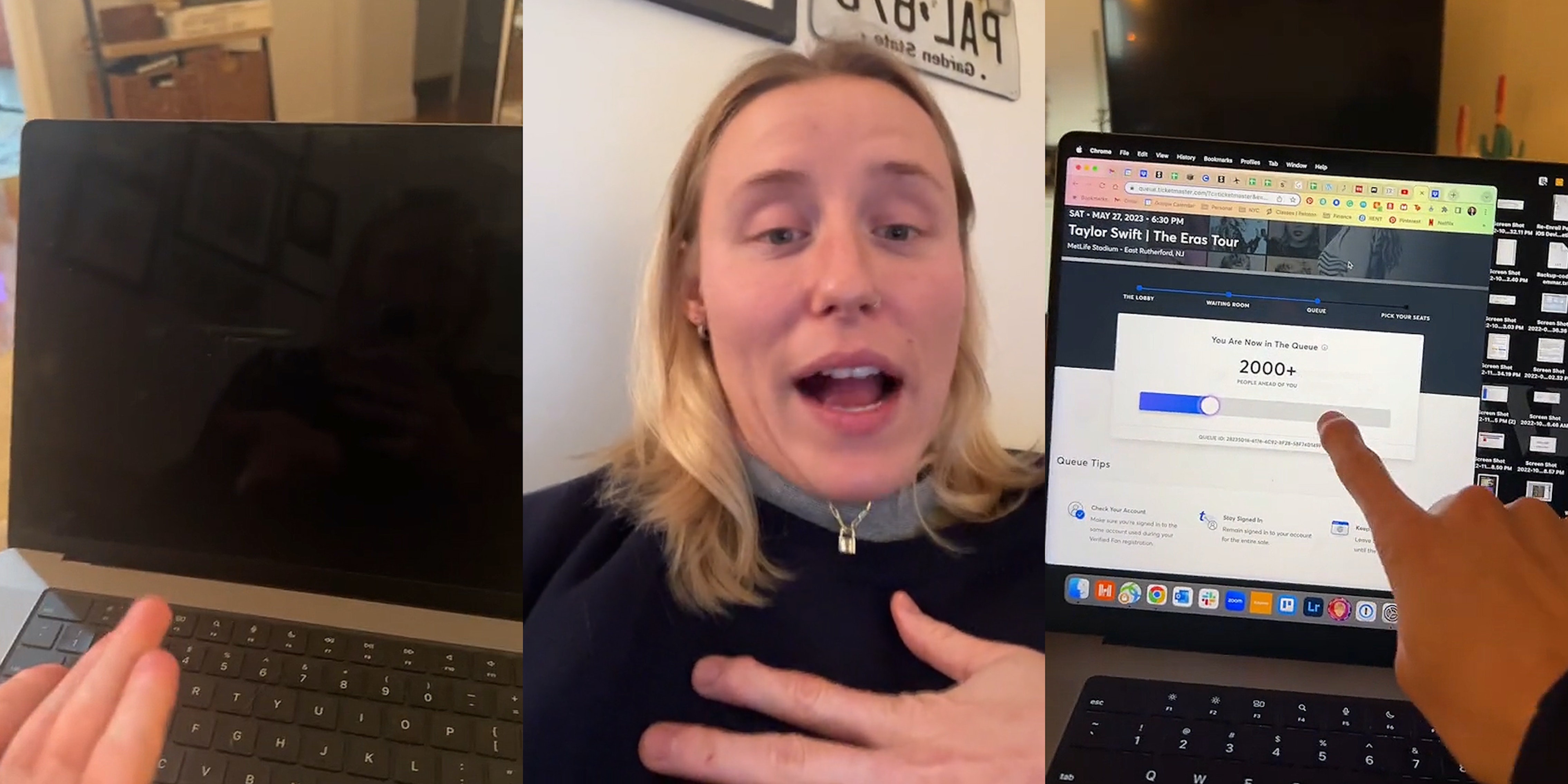 ‘They did turn off my computer and I lost my place’: Worker says she was laid off in the middle of Taylor Swift Ticketmaster queue

On Nov. 14, Taylor Swift’s verified Ticketmaster fans geared up to purchase tickets to her recently announced The Eras Tour. However, due to high traffic on the site, fans experienced long queues and only some were lucky enough to secure a spot.

In a viral video, TikToker Emma Reaney (@chloreaney.png) was amongst the more than 2,000 “verified fans” waiting in line—when she was unexpectedly laid off from her job.

“@Taylor Swift can I get some tix? Or like… a job?” the caption reads.

Reaney, laughing throughout the video, notes that she is in the line on her work computer and hopes out loud that they won’t shut off her access.

“I’m gonna cry soon but right now I’m laughing,” she says. “If they cut off access, I’m not going to get tickets and yeah, I’m worried about how I’m going to pay rent and health insurance and stuff but like…this is the most [pressing] issue at hand.”

The creator added an update in the comments section claiming that her company did turn off her computer, which made her lose her place in line.

Users sent their love to Reaney and offered Ticketmaster advice.

“You have no choice but to get a job at the stadium as security now,” one user joked.

“If you had logged onto Ticketmaster on your phone and copy and pasted the entire URL from your computer to your phone browser, you’d been safe,” another commented.

“Omg this is insane timing girl I am so sorry,” a third user said.

In a second video, Reaney shared proof that they had turned her computer off while in the queue.

“Xoxoxo this will all be hilarious in a few months I’m sure,” she wrote in the caption.

Reaney explains that she is no longer laughing once the reality had begun to set in and asks viewers if anyone has extra Taylor Swift tickets or potential job opportunities.

“Would be super grateful,” she says, blowing a kiss to the camera.

The Daily Dot reached out to Reaney via TikTok comment.